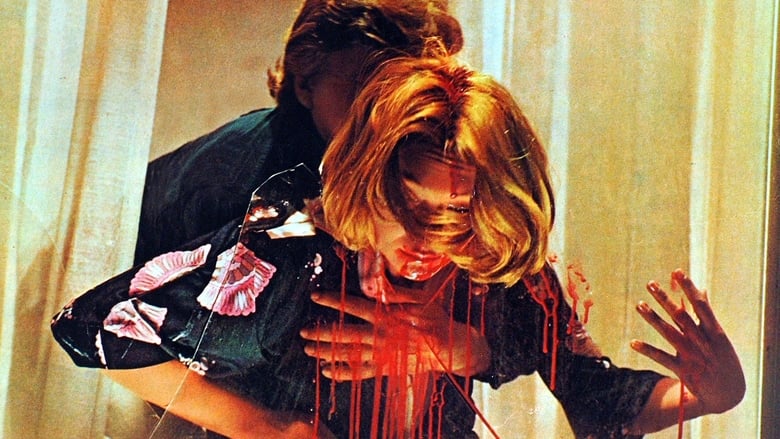 
I've seen enough gialli to know that I'm not a fan. I admire their lurid style, but the whodunit plots interfere too much with the good stuff (e.g., black-gloved killers violently murdering people). From my experience with the sub-genre, these Italian murder mysteries often feature confusing, convoluted plots that bog down the pace, as well as nonsensical twists that spit in the face of astute viewers who fancy themselves couch detectives. I'll give credit where it's due: despite the complex mystery at the center of Deep Red, the script possesses enough clarity that I never felt lost. Most of the puzzle pieces eventually fit together, and the revelations in the last act don't come out of left field, but are instead subtly hinted at along the way. (Apparently Argento reveals a reflection of the killer's face in an early scene, but most viewers --- myself included --- aren't attentive enough to notice on a first watch.) That said, I still found the bulk of the story a colossal bore, and I was disappointed by the general absence of sleaze and the long droughts without violence.

I've seen several people cite the shortened American cut as the superior version, but I went with the original Italian version which runs 126 minutes. That was a mistake. There's a lot of fat to be trimmed. Dull, irrelevant conversations between our male and female protagonists drone on and on in (admittedly impressive) long takes. There's a running gag about a broken car seat that made me want to throw myself into traffic. Much of the detailed investigation feels like padding. It probably doesn't help that I found both main characters incredibly bland. David Hemmings and Daria Nicolodi give adequate performances, but I wanted to stab them both in the face for most of the runtime. They're unappealing as characters and unattractive as humans. (Hemmings looks like a bunion with a botched Beatles haircut; and Nicolodi looks like a transgender Andy Dick.)

The American version removes 22 minutes, but the only way I can envision loving Deep Red is if the entire film was 22 minutes. Just give me the the eerie opening that juxtaposes Christmas and innocent lullabies with sharp knives and silhouetted stabbings; the psychic's murder that sees her leak copious amounts of red paint; the boiling face; the random, creepy automaton doll; the brilliant necklace beheading; the disturbing paintings; throw in a few of Argento's most striking compositions (to alleviate my boredom, I kept telling myself to focus on the beautiful aesthetics, since Argento is a hell of a stylist, but eventually I'd grow restless and start glancing at the clock again); punctuate it all with Goblin's anachronistic soundtrack that is half jazz, half prog rock, and which is likely the film's biggest strength, despite the music often seeming at odds with what's transpiring on screen. Cut everything else. I don't want it. I don't need it. Deep Red might be a defining giallo, but it's further proof that I just don't jive with these "Italian slashers," mostly because I never give a sh*t about the unmasking of their killers. I'm only here to watch their carnage.