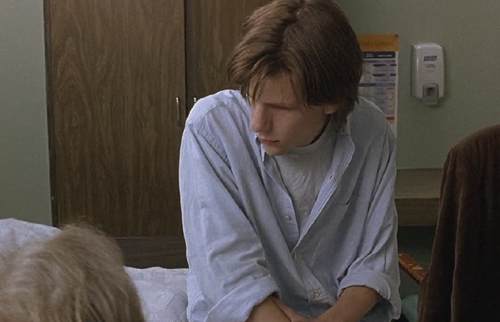 
"Follows two young boys dealing with their parents' divorce in Brooklyn in the 1980s."
[Spoilers in review] Somebody tell me what makes this movie special? Because I'm at a loss to see anything remarkable about it. To me it seems like a rather pedestrian film that focuses on adding in some cleverness and some tacked on provocative scenes in order to cover up the fact that the movie has really nothing to say.

At least I liked the way it was filmed. The scene length and the personal feeling one gets when a steady cam is used in close quarters, suited the film well. I liked the editing too, it was linear, thank goodness! The editing never became self aware or distracting to the film which is a good thing for this type of story. I even liked the actors. I thought they were cast well for the personality types they were playing.

But was this comedy-drama funny....nope. I laughed once at something flippantly said by Jesse Eisenberg. And I liked his character the best, especially when he was dating and then told the girl he wished she didn't have so many freckles...An OMG moment for sure and one that showed a spark of creativity by the writers.

But I think what bugged me the most was all the lost chances that the script writers squandered. I mean the basic premise has tons of potential and it seemed during the freckle scene that we'd ultimately learn that even though his mom had ended the marriage with her affairs...the divorcee was really caused by his dad being so intellectually high tone and so lacking in human understanding and empathy. The writers could have explored that dynamic in the marriage via Eisenberg's character who seemed to be just as unemphatic as his dad. Well I guess they explored it a little but I felt unsatisfied with it as it could have been so much more.

The movie is set back in 1986 to give it some 'coolness'. Only nothing about the events were endemic to the mid 80s, nor did the film even attempt at having an 80s vibe and look to it. Other than an old push button phone and some 80s cars the film didn't even look like it was from the 80s. Which to me feels like a cheap ploy to dress up a dull film. Same goes for the little kid who's always swearing, drinking and going topless for some reason, not to mention his 'self exploration'...OK but what does this say about him? I kept thinking he would blow a fuse and end up dead or something. But nothing was derived from his colorful character other than just some quirkiness...then at the end credits I seen this name, Wes Anderson.