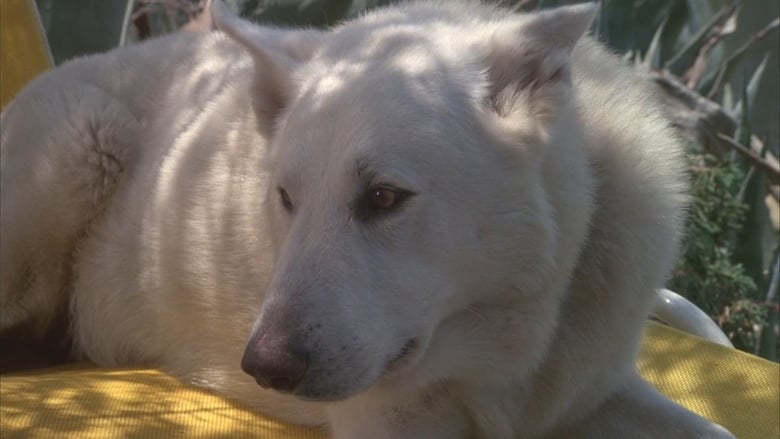 I have no idea why I've never heard of this movie. It wasn't until today's desperate search for entertainment while immobilised under two cats that I stumbled over it, and just decided to cast it to my tv. The cover looked like standard dog-bites-man type of thing and I felt like a bit of that. Why not? Even if it's ****, at least some throats would be ripped out, right?

The first thing that struck me was the opening theme, very recognisably Morricone, and that excited me. He has the power to elevate pretty much anything. I also liked the grey white-to-black opening titles. And then the movie itself.

It tells the story of a young actress who lives alone in the hills, who one day after accidentally hitting a white German shepherd with her car, pretty much gets saddled with the thing. Pretty soon he earns his pay, by saving her from an attacker in her home. But there's something not quite right about the dog. He's gorgeous, and cute as ****, but not the biggest fan of black people.

She takes him to be rehabilitated as everyone's advising her to put him down, that one day he'll turn on her, that he's not to be trusted. But she decides his life is worth saving -- after all, he did save hers.

The rest of the movie plays out almost like a weird cross between a low key blaxpoitation movie and a spaghetti western, as the rehabilitation is done by an animal trainer, a black guy, and we're just missing a third pair of eyes for that classic Sergio Leone-style stare down close-up. Morricone's backing drives that feeling on. Fantastic dog acting, by the way. There were a few dogs' names listed in the end credits, one was named Folsom.

It's an engaging films that's actually quite poignant. It's going to stay with me for a while.

You got a four-legged time bomb! 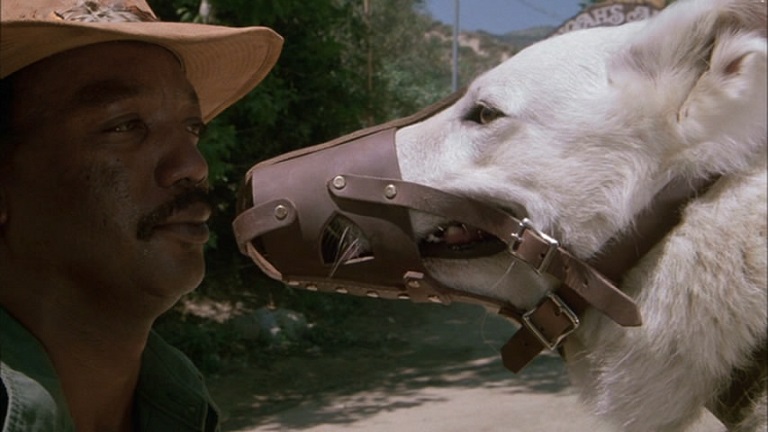