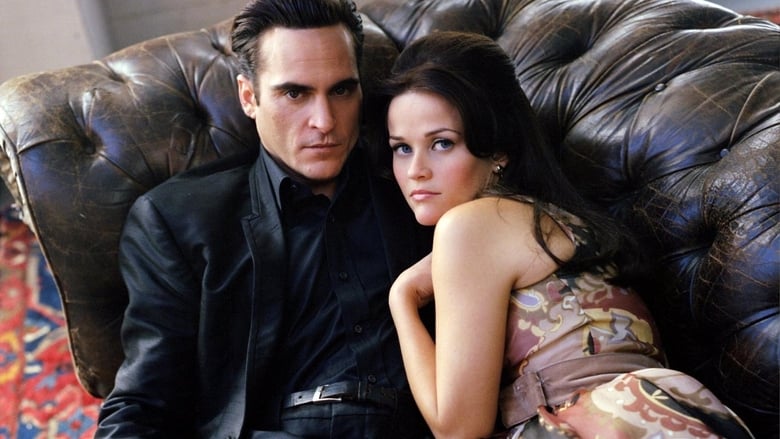 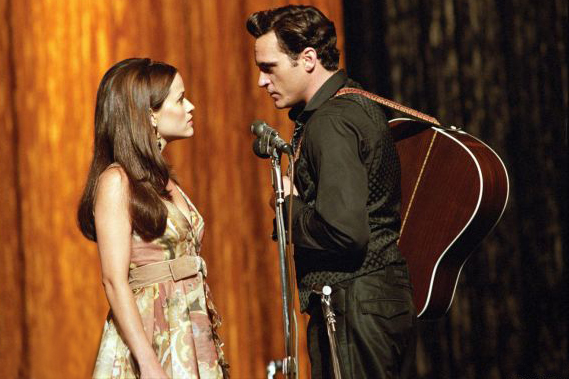 "A chronicle of country music legend Johnny Cash's life, from his early days on an Arkansas cotton farm to his rise to fame with Sun Records in Memphis, where he recorded alongside Elvis Presley, Jerry Lee Lewis, and Carl Perkins."

I knew it was a really good movie, and on a second watch I'm more convinced of that than ever!

Joaquin Phoenix gave a fine performance as a young Johnny Cash. Did he look just like him? No...and that doesn't matter. What does matter is he nailed the body language and vocal inflections of Johnny Cash. I believed he was the man in black! And Joaquin sang his own songs, impressive! He sounded good too and a lot like Cash.

Reese Witherspoon, I also really liked her in this. I have no idea what June Carter Cash looks like or even sounds like, and it doesn't matter to me if Reese doesn't look just like her. She captured this lively spirit and convinced me she was June. And she sang her own songs too! And could Reese be any more cutter than in the start of this movie! Especially in the 1954 scenes at the Grand Old Opry, she was perkily, adorable! 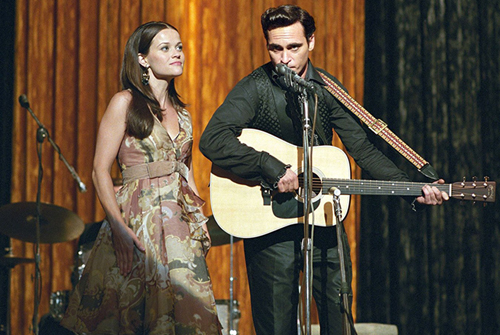 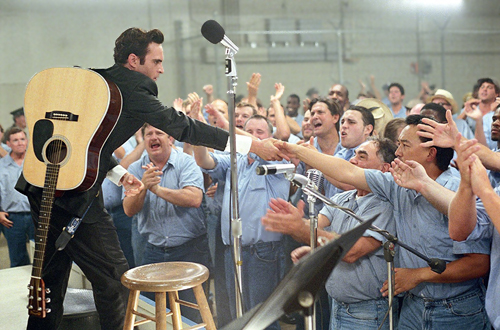 What an amazing story, that was told so well that I held my breath for much of the movie...That means I was intently focused on the story, and that doesn't happen with many movies. The sets, and the way it was filmed told me this was a professionally made movie. I don't like country music, and yet I still liked hearing the songs performed live...and that says a lot about the quality of the movie too.