The Extraordinary Adventures of Adčle Blanc-Sec 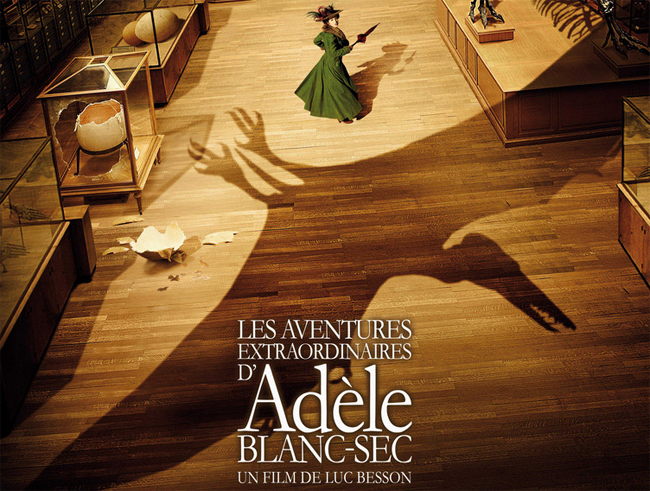 
The Extraordinary Adventures of Adčle Blanc-Sec is a 2010 comedy adventure film from director Luc Besson, who is better known for his work on Léon: The Professional and The Fifth Element. It is based based on the French comic series Les Aventures extraordinaires d'Adčle Blanc-Sec, and in particular it is an adaptation of the stories “Adčle and the Beast” and “Mummies on Parade”. I was expecting an Indiana Jones knock-off mixed with The Mummy, but wasn't quite prepared for so much of the plot to centre around psychic abilities and other paranormal phenomena.

The story follows the titular character, Adčle Blanc-Sec, as she attempts to locate a mummy believed to be the personal physician of Ramesses II. Professor Espérandieu, a genius physicist who happens to be an expert on Ancient Egypt, as well as an expert on the Jurassic period, has been researching telekinetic and telepathic methods to supposedly conquer death. Adčle wants him to revive this Egyptian Doctor so he can cure her twin sister Agathe, who has been comatose for 5 years after an accident drove a hat pin through her head. Unfortunately while Adčle is in Egypt, during a session where he practices his new power, Espérandieu awakens and hatches a baby pterodactyl from an egg in the nearby museum. 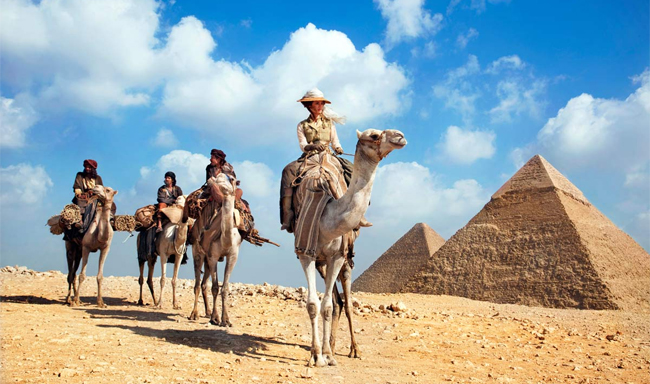 That might sound clumsy and hard-to-follow, but my description leaves out a number of subplots that only further confuse the narrative flow of the film. I think the problem is rooted in the attempt to adapt two very different stories from the comics. If The Extraordinary Adventures of Adčle Blanc-Sec had chosen just one story, we probably would've ended up with a much neater product. A de-cluttered plot would allow audiences to focus on the clever, satiric dialogue, and impressive visual direction, instead of being smothered by overly ridiculous situations. It's really a shame that the film's quirky and witty nature does not get much of a chance to shine through.

Despite all of that, the actors' performances are fortunately not lost with that messy plot. Louise Bourgoin is particularly charming as Adčle, and most of the supporting cast are amusing to watch, even if they are more like cartoons than real people. The special effects are surprisingly not that terrible, though if they had been, it might've at least added another level of humour to the film, instead of just being awkwardly passable. In the end, the film's shortfalls are hard to overcome, and even though I'm someone who usually looks favourably on the mystical and paranormal, this film was just little too much for me.

It might be worth watching if you're a huge fan of Luc Besson, or if
you want a light adventure flick and don't mind the ridiculousness
of a plot involves mummies, dinosaurs, and magic science.