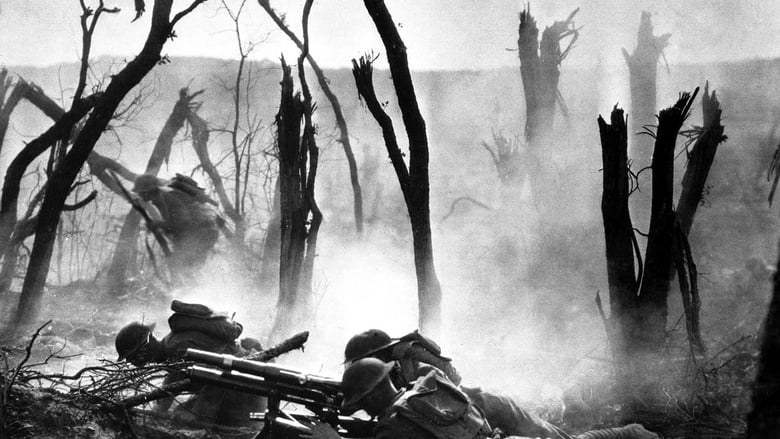 All Quiet on the Western Front

Even after all these years, this film still connects with the viewer in primal ways which modern films can't quite seem to touch. All Quiet on the Western Front continues to be a watershed, both as a novel and a film, to teach our youth the true horrors of war and to get then past the "glamour", "excitement" and "honor" of dying for one's country, right or wrong. The novel is obviously a classic for a reason, and this film version remains a classic, despite some overlength and primitiveness. It's actually the "primitiveness" which adds to the power of the film because this is a true war (read: anti-war) film. It paints both sides of the picture and shows the utter falsehood of the pro-side of war.

The film contains a litany of memorable scenes: the opening contains some of Milestone's best direction; we see the young German recruits marching through the city while the camera comes inside a "high school" where the teacher is preaching to his all-male students the absolute glory of fighting and dying for their country. Needless to say, the students all enlist and go off to fight without a second thought. Later on, there are numerous battle scenes which are both spectacular and scary. The unifying theme of the scenes are the horrors and inhumanity of war. 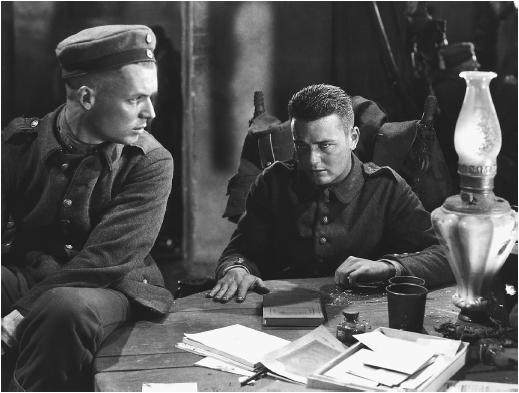 Some more incredible scenes are the nighttime wire reconnaissance, the non-stop bombing suffered by the Germans before the French attack, the eerieness when all goes quiet and the way the youth from the classroom are all so easily killed or mutilated. Later on, the greatest scenes involve the one with the French soldier in the blown-out no-man's land and, quite obviously, one of the most memorable endings ever filmed. Don't be put off by the fact that the film is approching 80 years old. If it wasn't broken, don't try to fix it!
» More about All Quiet on the Western Front
» More reviews of All Quiet on the Western Front
» More reviews by mark f