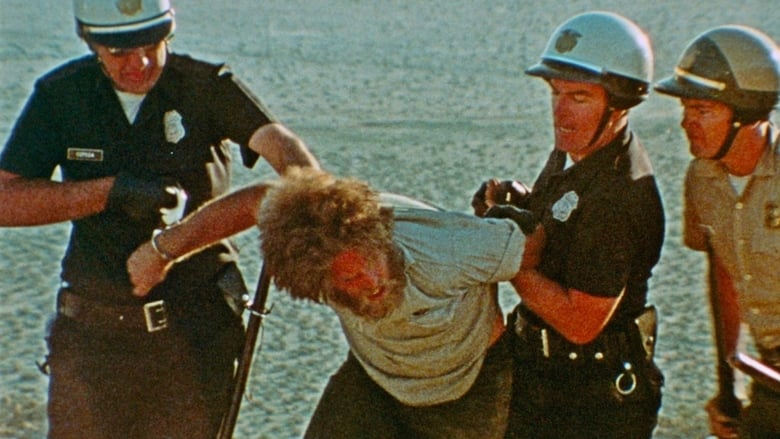 Punishment Park is a pseudo-documentary claiming to be an authentic film by a British news team that is sent to cover the sentencing of a group of Hippies, Anarchist & Revolutionaries... and their punishment at the hands of cops and National Guardsmen at the desert known as Punishment Park.

Review: This has to be the most unique film I've ever seen. It's not like a typical movie. Back in 1971 this was pretty cutting edge stuff.

I loved the documentary style of film making, especially as much of the story is told through the eyes of a British film making team, who are filming the events that we see in the film. There's something about a British narrator that lends credibility to the film.

This was for it's time a very hard hitting look at the social class struggle that took place in the late 60s-early 70s between 'the man' (the older embellishment) and the younger protesters (the baby boomer generation). Some of the things the accused agitators say in this film might seem outlandish, but there were young people at the time who thought that way. Especially over Vietnam and the carpet bombing campaigns in Indochina. Likewise the older generation who were represented by the government, were leery of young anarchist and of the communist threat.

This film is a time capsule of how the two sides felt about each other. This was during a time when America had seen the rise of radicalized militant groups like the Black Panthers and mass protestors, and feared violent overthrow of the government.

In today's world such events might seem preposterous, but in 1970 this film and it's subject matter was quiet relevant.

Punishment Park looks homemade, that's by design. The actors aren't polished, they look like people off the street, and that's a strength. Any serious film buff should watch this.