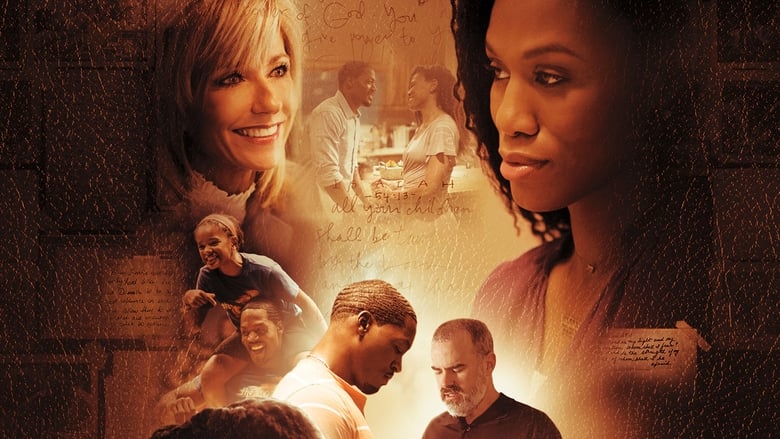 Put on your Sunday clothes and bust out some Coney Bombs, it's Kendrick brother time! Despite not being religious and thinking the Christian movie boom is the worst thing to happen to film as a medium this decade, I'm a mild fan of the Kendrick brothers. They're a name brand, the Nicholas Sparks of faith films, known for packing production values that look like they belong on a cinema screen and positive messages in a genre notably lacking in those elements. In many ways, this film packs a lot of Kendrick touches. In a few key ways, it runs away from their traditions, and they make the film worse for it. As per usual, the film is centered around a struggling marriage, with the added layer of a daughter who feels neglected by both her mom and her dad.

To the target audience, the most important part of the movie is the religious aspect, and it typical Kendrick fashion it is handled well. It is preachy in parts, and unlike their best film Fireproof the movie is definitely about God instead of featuring him, but it preaches good morals. It's about loving people and helping people, even if you don't like them. That should be an obvious message, but it's a welcomed relief from the PureFlix house style in which Christians are all being prosecuted by evil, militant atheists who must be killed or converted by the end of the run time. There's a mean boss of the company that the husband in this film works for. It would have been so easy for him to hate the husband because he is an atheist and despises all who love God, and it would have been so easy for him to die in a car crash, but he fires the husband for a practical reason and gets a flat tire, with no reference whatsoever to his religion. That's something that might happen to a real person, who has desires and conflicts beyond a petty religious scuffle. Characters don't fight other characters, they fight against themselves, and it turns what could have been a frustrating sermon into a well-meaning one. I do think that the Kendricks blow their moral by making the relationship too broken. The husband character does get redeemed by the end, but they go too far in making him unlikable in the beginning. He abuses and cheats on his wife. At that point his wife should be looking to a divorce, not the bible. I understand that they're trying to say that faith can save any relationship, no matter how painful, but frankly I disagree with the premise of that. The relationship goes from terrible to perfect in an unrealistically short amount of time.

The biggest thing I have against this film is the scattershot plot. I guess it technically follows a three act structure, but those acts are really rigid, and the events inside of them are really fluid. There are 50 minutes of the relationships falling apart, 50 minutes of them coming back together, and 20 minutes of a double-dutch jump rope competition. Yes, that third act has as little to do with the first two as you probably think. Within those acts, I don't think I could put the events into order. The husband does something dumb, the wife meets with helpful religious lady Miss Clara and prays, and a repetitive cycle of those two things ensues. The wife must go to the titular war room at least 5 times during the movie. I'm not sure where the pressure to make this movie two hours came from, because this easily could have been done in 90 minutes. There is a lot of filler included throughout, including multiple scenes revealing the backstory of Miss Clara, multiple scenes in which the daughter prepares for her jump rope competition, and far, far too many scenes of people complaining about the smell of the wife's feet. I think that was supposed to be a running joke, but it was never funny.

As is typical of the Kendricks, the acting is decent, which gets inflated to amazing on the indie religious movie scale. The lead couple, played by T.C. Stallings and Priscilla Shirer, have to carry most of the film alone, and they do that adequately. The side character acting is usually fine, except for one hilariously bad scene in which the wife and Miss Clara are threatened by a man with a knife who drops it in the name of Jesus. The Chris R scene in The Room is the best comparison I can come up with. I don't expect JD Banks to pop up in a wide release film ever again, but if he does remember that he was always an awful performer. The visual look is fine. It's a little too shaky for my liking, but it gets the job done.

War Room has some nice intentions, and some good production values, but unfortunately it meanders for too long to actually become a good movie. If you're a person of Christian faith this is definitely worth a watch over any alternatives, and there's something worth appreciating even if you're not, and it's definitely not so awful that it's worth making fun of, but I can't see myself watching this ever again. It's a mild step back for the Kendricks, but still not a bad film.
» More about War Room
» More reviews of War Room
» More reviews by ursaguy