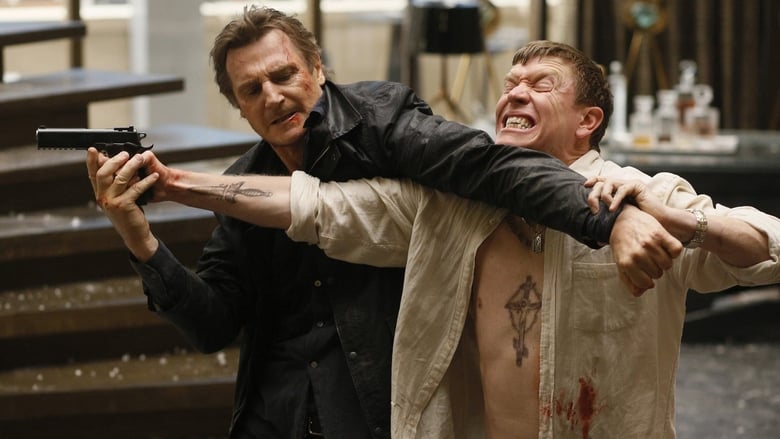 Tak3n: The movie so bad it stopped T4ken from being made. I'm not sure if I can think of a franchise that deserved to be a franchise less than the Taken movies. Maybe this is just my thoughts, but I think what a lot of people forget is that the first Taken wasn't a groundbreaking cinematic achievement. It was good. It was a fun action movie to distract us from how terrible January and February movies are and nothing more. We get one of those nearly every year. It's probably the first movie ever to be marketed by a quote, as the monologue featured in the trailers was quoted by a lot of people who never saw the film for years to come. The first film was directed by Pierre Morel, not a visionary by any stretch, but he knew how to hold a camera. In both sequels he was replaced by Oliver Megaton, who does not.

Regardless of all other elements which may or may not work, Taken 3 was dead on arrival because it was an Oliver Megaton action movie, which in itself should be considered a paradox. The point of an action movie is to watch action. The point of Oliver Megaton's work is to give you an epileptic seizure by flashing half a second of various shots strung together, ensuring that you can never see what's actually happening. There are numerous (read as all) fight scenes where I had no idea what was happening until it was over. That's not a recipe for effective action filmmaking. If I cannot see the action, it is not compelling, and its existence becomes pointless. Even in static dialogue scenes the camera work is appalling. It's always shaking, always cutting, and always physically moving, usually by a spin. Even if it did look good, it would get repetitive because every scene is visually set up in the same way. The CGI is quite bad, too, and the whole thing contributes to creating a movie that's painful to look at.

The characters are poorly written, often breaking their previously established traits within the franchise. Stuart St. John, the recast husband of Liam Neeson's ex-wife, becomes a full villain. In the first two films, he was annoying and unhelpful, but never became a main antagonist. It doesn't make sense that his character would do this. Liam Neeson's star Bryan Mills was usually likable in the first two Taken movies. He's just not here, and that is a huge hurdle that I cannot get over. Action heroes regularly kill faceless hoards of Eastern Europeans, and the good ones are still likable. Characters like John Wick could be morally reprehensible, but you take some enjoyment in their fights because they have a reason for their actions. Neeson has no motivation for his actions beyond needing to move the plot forward. There is obvious video evidence that he is innocent of the murder he is framed for in the first half of the film. The audience and most of the characters know that he is innocent. He proceeds to spend the next hour causing over a hundred thousand dollars in property damage and at least 50 civilian injuries, plus a few assumed casualties. He also waterboards and poisons people who are on his side anyway to get them to work with him. By the end of the movie, the audience is forced to confront the fact that Neeson absolutely is a bad person who has no regard for humanity and should be jailed for more than a few crimes. He claims to be a family man and is the worst person in the world at keeping his family safe. The plot itself makes no sense whatsoever, throwing in way too many turns for its own good. It is confused about who the villain is, giving Neeson three antagonists even though by the end of the film one of them did not antagonize him and one of them never interacted with him.

I watched the R rated extended edition because I heard that the PG-13 theatrical cut was incomprehensible with its sloppy editing. That doesn't get any better in the uncut version. It felt very awkward to sit through, because it still looked like a movie desperately avoiding an R for violence even though it easily earned its R for language anyways. Maybe it was intentionally done to hide Liam Neeson's age, as it has become painfully apparent that he does not have the same speed as he used to, but it was annoying and distracting.

The lone thing that saves Taken 3 from the half star is the acting. Liam Neeson is still an awesome action star, and he is convincing as a tender family man. Forrest Whitaker gave effort in 2015, and that's an achievement in itself. His character is a cliche, but he plays the part well. Maggie Grace is fine as his daughter, who gets dramatic beats to hit after playing a damsel in distress and rushed action star in the first two. Still, none of these performances are great, and they don't make Taken 3 an enjoyable waste of time. This is a poorly made film, stripped away of all of its fun that doesn't come back for the "unedited" version. It's not even worth a free watch on HBO. Neeson can do much better, and Megaton needs to stop trying.
» More about Taken 3
» More reviews of Taken 3
» More reviews by ursaguy