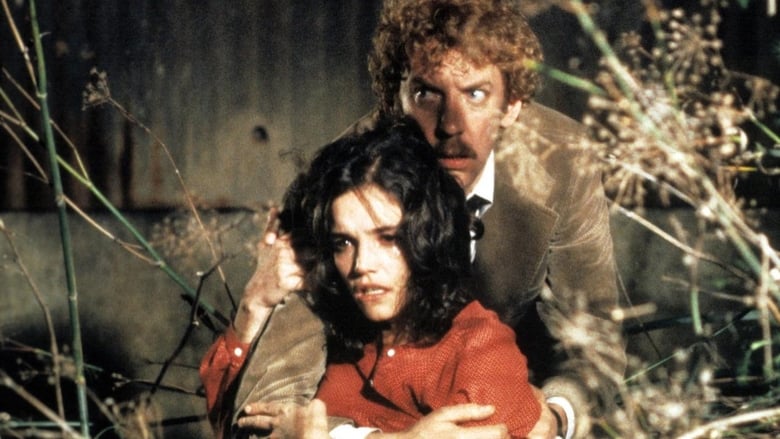 A health inspector and his co-worker start to notice that people around them are acting strangely and work to unravel the mystery behind it.

Another contender for a remake that is equal or superior to its source (even if it's more of a new adaptation of the source novel than a straightforward remake), Invasion of the Body Snatchers also holds up on a second viewing. Having a good horror concept is usually enough to carry a film even when the shocks of an initial viewing wear off (especially when the film's most shocking moment has become the stuff of legend, if only because it admittedly looks ridiculous when taken out of context). Body-snatching and variations thereof do tend to make for an appropriately terrifying prospect. At first, it's something as simple as noticing that the people who are close to you have undergone radical personality changes and don't seem to be the same people that they were before (especially when normally vibrant and upbeat individuals become cold and emotionless). There's also the fact that the body-snatchers work their magic while their victims are sleeping, and the prospect of going to sleep and never waking up doesn't sound pleasant; a horror concept based on the idea that you must forgo a mundane yet vital activity like sleeping in order to keep yourself alive is always a potent one, even if such concepts have been run into the ground a bit in recent years. Assuming you survive long enough to figure out the truth of what's going on...what then? Who can you trust with this information? What do you do when more and more people become the enemy? Where can you run to? Where can you hide? How long can you go without sleep? Questions like that are the main reason why both the 1950s version and 1970s version of the story hold up very, very well.

Of course, in the case of the '70s version, the inclusion of a solid ensemble cast and the relatively chaotic filmmaking afforded by the period definitely serve as icing on one very disturbing cake. Donald Sutherland and Brooke Adams make for believable leads as the schlubby yet sharp-witted health inspector and his equally competent colleague respectively, while Jeff Goldblum and Veronica Cartwright (who would both go on to star in certain other sci-fi horror classics) make for good foils to the lead duo, though Goldblum does admittedly play to his trademark brand of charismatic neurosis (or is that neurotic charisma?). Leonard Nimoy is obviously best-known for playing the comically serious Mr. Spock on Star Trek, so seeing him not only play against type as an affable pop psychologist but also subvert his most famous role as an emotionally distant and coldly logical alien is a treat (especially since I'm pretty sure I first saw this film before seeing any of his Trek-related work, so I can say that it works both ways). These particular players may serve to seriously cement the film in its era, but I find that that works quite well. What really interests me is how best to interpret the subtext behind the creatures this time around. The '50s version was open-ended enough to suggest that the murderously hive-minded body-snatchers could serve as a metaphor for either the insidious infiltration of communist insurgents or the oppressive paranoia spurred on by the inception of McCarthyism. Being made in the late-'70s, I'm sure that there's a similarly ambiguous divide when one takes into account factors such as continued Cold War paranoia and post-Watergate fears of how absolute power corrupts absolutely. Also, there's a few jabs at New Age fads and beliefs, such as the irony in that Nimoy's cheery psychologist seems more concerned with his book launch running smoothly than the concerns of an emotionally distraught woman whose husband has become a body-snatcher.

Invasion of the Body Snatchers definitely has a strong story and the star power to back it up, though it arguably could have used a little trimming here or there. The effects used to depict the body-snatchers being "born", their victims "dying", or even the opening sequence depicting the alien life making its way to Earth still stand out; even seemingly goofy creations are handled well enough to come across as unsettling (case in point - the man-dog). The verité style of filmmaking that alternates between static formalism and quasi-documentarian Steadicam meshes well enough to provide an appropriately disorienting and discomforting experience even when depicting something as mundane as Sutherland trying to use a phone booth. The sound work also deserves a mention simply because of how horrifying the body-snatchers' cries of alarm sound. It may be a little on the long side and have the odd moment that threatens to either bore you or take you out of the proceedings, but Invasion of the Body Snatchers more than earns its reputation as not only a good remake but a good example of sci-fi horror. It hasn't gotten horribly dated either - if anything, the signs of its era only serve to grant it a distinctive personality all its own.