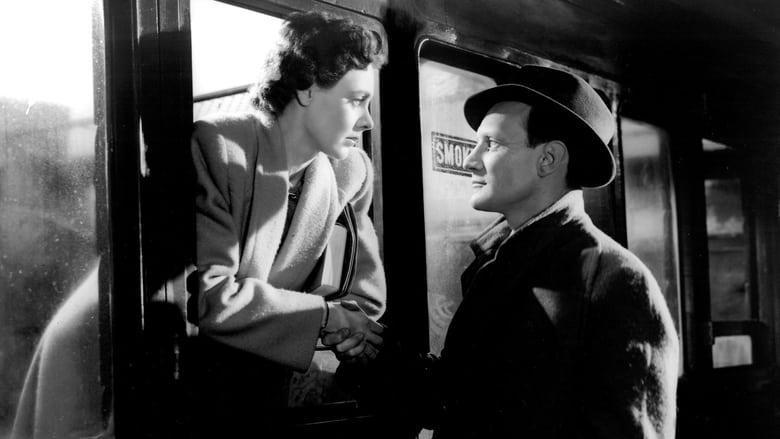 A bored housewife meets a married doctor by chance and end up having a romantic affair.

So this is what David Lean was like before he started crafting amazing Technicolor epics. Brief Encounter is a, well, brief film that involves its female protagonist recounting her short-lived affair with a well-to-do doctor that plays out during the short window of time where they are both in the same small town on different reasons each week. Naturally, their attempts to carry this on are complicated by their own feelings and the inopportune attentions of their acquaintances. Of course, the whole "doomed affair" storyline is a tried-and-true one even for 1945, but fortunately the acting, writing, and direction is solid enough to make up for it. The two leads are good at what they do, especially Celia Johnson as the housewife. The supporting cast are serviceable yet nothing special.

Being a film based on a play, it makes sense that Lean's filmmaking doesn't overemphasise visual imagery over acting and narrative, with just enough work involved to stop the film from looking stiff and lifeless. Otherwise, it's pretty standard 1940s drama that's only somewhat elevated by its leads and script. There's solid talent on both sides of the camera, but it doesn't do all that much to draw me in on a personal level. Obviously worth a look if you're after a well-made classic that's on the short side and has just enough of a story to keep your attention, but at the end of the day I found it merely alright rather than amazing. Maybe that's due to the film's rather low-key nature, but maybe that's just how the film is.