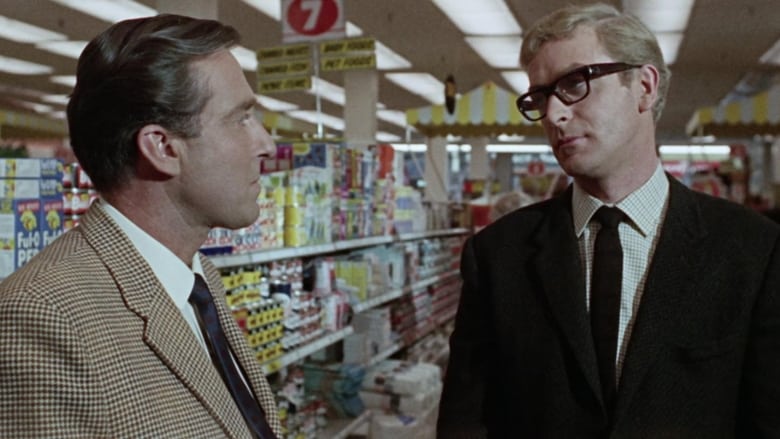 A counter-espionage agent must work against his bureaucratic superiors in order to solve an especially troublesome case.

Given the timeframe, subject matter and some of the behind-the-scenes collaborators (producer Harry Saltzman and composer John Barry being the most obvious), it's hard not to think of The Ipcress File as being a deliberately cynical response to the glamourous escapism of the James Bond franchise. Protagonist Harry Palmer (the excellent Michael Caine) is a bespectacled foot soldier for Britain's counter-espionage services whose love of classical music and good food doesn't quite distinguish him as a proper gentleman, while his cheeky Cockney back-talk doesn't come across as charming so much as grimly comic insubordination against his apparently useless superiors. Even his romantic sub-plot involving a female co-worker gives off a sense of desperation more than it does any kind of "get the girl" wish-fulfilment vibe. This is all well and good, but does it actually make for a good film? Fortunately, it does. The Ipcress File makes for a good conspiracy thriller where Palmer and his cohorts struggle to chase up every lead and are befuddled at every turn by dead ends, uncooperative associates, and many other reasons. A lot of tension gets sucked out of Bond films because you just know that Bond will get out of whatever sticky situation he's in, but there's no such safety net when it comes to Palmer, which leads to an unbearably tense third act as a result. The technical aspect involves some fairly utilitarian behind-the-scenes work, save for some off-kilter photography (without getting into third-act spoilers, mind you), but given the subject matter it works just fine. John Barry's score is taut enough to endenger a sense of dread but doesn't quite reach the level of funkiness to make it seem like a light-hearted adventure kind of deal. Caine and company make for decent actors that make the best out of the material. I guess it could have been better, but it is weirdly refreshing to see a film that counteracts the gentleman spy myth while also dating back to 1965.