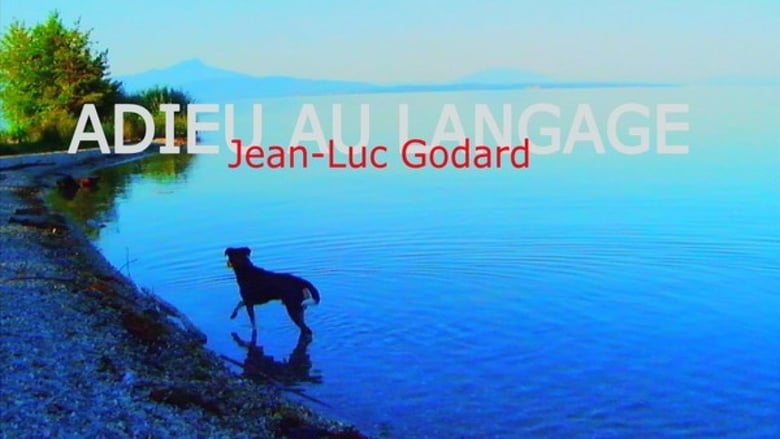 After getting tickets to see Jean-Luc Godard's Adieu au Langage at the BFI London Film Festival I was terribly excited, I had heard many good things about the film. It is about the relationship between man and woman, between the human race and language, and the relationship between nature and the modern world. This film is perhaps Godard's most experimental since Histoire(s) du Cinema (1988). The film was not without it's disappointment though, however this film was never going to live up to the likes of Breathless (1960) and Tout va Bien (1972).

Upon seeing the film I was amazed, Godard uses 3D in a way which is unique to all others, this film can be seen as a guide as to how to use this new technology in an innovative way, and not in such a way that it seems every Hollywood film is a remake of last week's film. The brilliance in the use of 3D is also baffling, this film is one that will take many viewings to grasp, though it is still enjoyable.

I would say that the film is obviously an attack on society, and though Jean-Luc Godard is one of my favourite directors, I would say that this is not needed in the film, considering that every film he has released since Slow Motion (1980) have conveyed his thoughts, and there is nothing new in the message of this film, which disappointed me slightly. Another disappointment in the film came in the form of the cinematography, though the film contained many innovative shots, and a handful of shots that blew my mind, there were shots which I can regrettably only describe as throw away shots, they were not experimental, or thought provoking, nor did they provide a Brechtian break, they did give an acentric reaction, however it was more questioning the point of the shot.