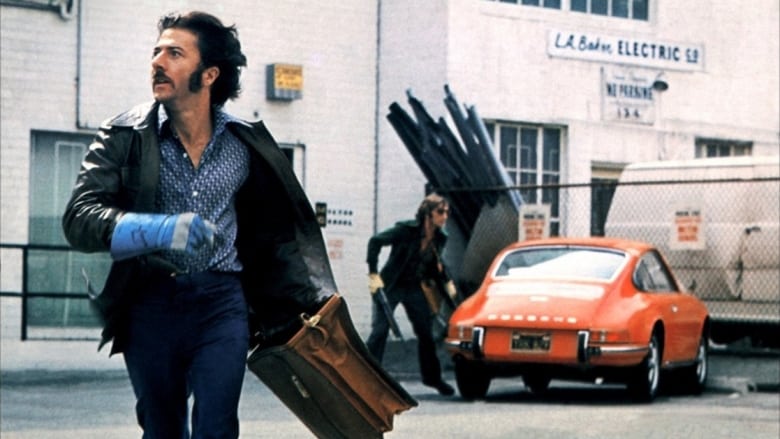 I've always had a problem with authority. If someone tells me to do something, I immediately want to do the opposite. My attitude has led to a few unpleasant encounters with authority figures in the past, whether it was teachers and principals in high school, or police officers and security guards nowadays. I find that people in such positions often abuse their power; they begin to think that they are better than everyone else, when often they're just clowns in a uniform. The parole officer in Straight Time fits that bill to a tee. He's a smarmy, sleazy a**hole who makes life unnecessarily hard for Hoffman's character, Max Dembo. When Dembo reaches a breaking point and attacks and humiliates the parole officer, I felt a great sense of glee. 'This is a movie that gets it,' I thought; 'no wonder we have so many repeat criminals when this is how you treat them.'

That key moment in the plot marks a transition both for Dembo and the tone and direction of the movie. In the first half, we watch Dembo, fresh out of prison, try to go straight. Despite being harassed and unfairly treated by the parole officer, Dembo tries to re-join society by finding employment and a place to live. He even establishes a relationship with an attractive young woman at the employment agency. Although he spends time with friends who are former criminals and drug-users, he resists their temptations. Dembo's desire to live a normal life and leave crime behind seems earnest, so we, the audience, sympathize with him and root for his success.

Then everything changes. After he lashes out against the parole officer, his "straight time" is over and he reverts to his old criminal ways. At first, it seems like the system has left him with no other choice. I viewed Hoffman's character as a victim. But the movie has already revealed that he's been a lifelong criminal, in and out of jail since a young age. Crime is in his blood, and that becomes increasingly evident as he commits more and more crimes less out of necessity, but because of an internal lust that requires fulfillment. The monster behind his eyes is a demon no different than that of an alcoholic or a drug addict. As it rears its ugly head, the meek and humbled Max Dembo of the first half seems like a stranger, a put-on, and I felt a bit foolish for relating to him so strongly.

The quiet, understated, engrossing character study of the first half transforms into a slightly more conventional, somewhat predictable crime film in the second half. But even if the later scenes of heist-planning and bank-robbing look familiar, there's an extraordinary depth to the characters and their actions, thanks to Hoffman's phenomenal performance and the strength of the script in the first half, that isn't seen in most movies of this type, making Hoffman's character all the more real and frightening and heartbreaking.