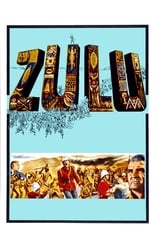 Release: Jan. 22nd, 1964
Runtime: 2 hours, 18 minutes
In 1879, during the Zulu wars, man-of-the-people, Lt. John Chard and snooty Lt Gonville Bromhead were in charge of defending the isolated Natal outpost of Rorke's Drift from tribal hordes, holding out during an Alamo-like siege until they are overwhelmed, losing the battle, but going down in history as heroes. 150 soldiers defended a supply station against some 4000 Zulus, aided by the Martini-Henry rifle "with some guts behind it". In the...

We didn't find any linked discussions for this film. Here are the results of a quick search of possibly related threads:
3 Zulu: Rate It!
I've always thought that Zulu is one of the greatest films ever made. Maybe my opinion is slightly bias because I'm a patriotic Englishman (the majority were English not Welsh). How it didn't make the...