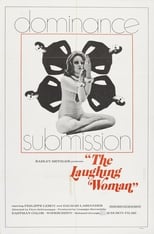 Release: Aug. 24th, 1969
Runtime: 1 hour, 26 minutes
Beautiful PR woman Maria finds herself trapped in the home of the sinister and troubled Dr Sayer, where she is subjected to a series of increasingly bizarre, terrifying and degradating sex games. Sayer admits that he has murdered several women after the same ordeal, always killing them at the point of orgasm. But all is not what it seems, and this is revealed to be the fantasy of a troubled man. Sayer finds salvation in Maria and falls for her...

8 Woman whistleblower; hitmen kills journalist; woman escapes death ---
A couple years or so ago I saw a film on my computer about a woman whistleblower of sorts (who I think worked for some secret govt agency) who was about to hand to a male reporter a flash drive (conta...