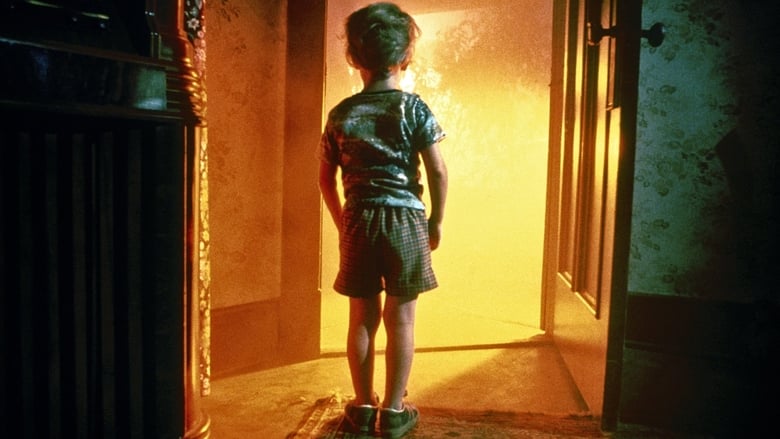 
Notes
Close Encounters has become a staple inspiration in the movie world since its creation, but was itself inspired by real life events in Spielberg's childhood when he saw a meteor shower in New Jersey with his Father.


Richard Dreyfuss also got the lead role through basically badgering Spielberg, even showing up at Spielberg's office and hounding him.
Spielberg wanted Steve McQueen, Dustin Hoffman, Al Pacino, Jack Nicholson and Gene Hackman to read for the part and hadn't even considered Dreyfuss.
Eventually Dreyfuss got the job through basically annoying Spielberg into submission, and then even had input on how the role should be portrayed... eventually becoming one of the most memorable and well acted characters in film history.


Spielberg has admitted that since having children, if he had been a Father at the time of making Close Encounters, he would have made the ending with Roy Neary work out differently.
Tbh though, I reckon the ending is more powerful the way it is.

When Flight 19, that went missing over the Bermuda Triangle in 1945, reappears 30 years later in the Sonoran Desert in brand new condition... top Government scientists are brought in to research what happened.


Shortly afterward, Roy Neary and his family, and single Mother Jillian and 3 year old son Barry, are thrown into a circle of conspiracy theorists and covert Government operations when strange lights appear over Wyoming. Roy, Jillian and Barry also start to experience visions and almost hallucinations, eventually leading to Roy going near to madness.


When it appears that Extra-terrestrial forces may be behind Flight 19 and the strange lights over Wyoming and other places around the world, and then shortly afterward 3 year old Barry vanishes, Roy and Jillian must do everything they can to find out the truth of these disturbing occurrences.

Where to start?
Tough question.


Ok... CO is underlined with typical Spielberg tones. Broken/breaking families, single Mothers and some normal family life too.
What's also mixed in though is some very normal and realistic day-to-day humour and situations like a father asking his kids if they want to play golf or go to the movies, arguments between parents about small things, tons of small-talk between family members and adding all these things into the small scale scenes near the start of the film makes for a much more believable set of circumstances and draws the viewer into the world that Spielberg has created.


What makes CO different though is that it starts out as an incredibly intricate mystery thriller that borders sometimes on the horror genre depending on the scene. The disparateness between the scenes adds an authentic realism to the strange occurrences.
It also manages to incorporate fantasy and sci-fi into the mix as well and quite often throws the viewer onto the backfoot.


It's all handled extremely well too. What could have turned into a mess of a screenplay is pieced together with such style and precision for detail, and leaving a few smaller details out as well that then get explained in other scenes through almost subliminal means, it gives the audience a voyage of discovery along with the characters.
It also gives an air of authenticity to the film's subject matter of aliens and subliminal messages. It's a very cleverly pieced together movie on all fronts yet doesn't bombard the viewer to the point they're uncomfortable.


Another thing though, is that the film is very 70s in style and visual substance... yet wonderfully, it hasn't actually aged at all.
Backing up the style though, are some of the most memorable set pieces, filing locations and just generally creative ideas in cinematic history, some of which were invented by music maestro John Williams.


I'm actually finding it hard to pick out faults with the film's technical side.

The acting though is also spot on.
Richard Dreyfuss leads the cast. He's also, as usual with Dreyfuss, incredibly engaging and loveable. Dreyfuss' natural on screen presence lifts and changes what could have been a generic lead character and makes for one of cinema's most memorable leading men. Along with Jaws and Mr Holland's Opus, this is Dreyfuss at his absolute best.


Backing up Dreyfuss is Melinda Dillon as Jillian. I'm not familiar with Dillon's other work, but in CO, she's definitely on par with her co-star. She holds well in the emotional scenes and makes for a great scream-Queen as well during the more scary scenes.


We're also treated to an appearance by François Truffaut as a French scientist. Out of the handful of secondary characters, Truffaut stands out as the most likeable.


Backup comes from Teri Garr as Roy Neary's suffering wife... and a magnificent performance from Cary Guffey who was essentially still a baby during filming.

The effects of the film are also top notch.
The film is pushing close to 40 years old yet the effects, their limited usage at the start and then going into a full blown SFX film toward the end, is such a marvel to watch and they never disappoint.
There are also some spooky lighting visuals throughout and some scenes that are so well put together they can actually spook the audience wonderfully.
With John Williams' score and other certain ideas with his 5-tone motif backing up the visuals, the film can almost do no wrong at all.

All in all, a classic in the truest sense of the word.
Close Encounters has everything from humour and even comedy, to horror and mystery and layers the whole lot over a science fiction and mystery backdrop and then backs itself up with some of the best characters, visuals, general inventiveness and sound design ever seen and heard.
Excellent filmmaking on all fronts and definitely Spielberg's best work to date.