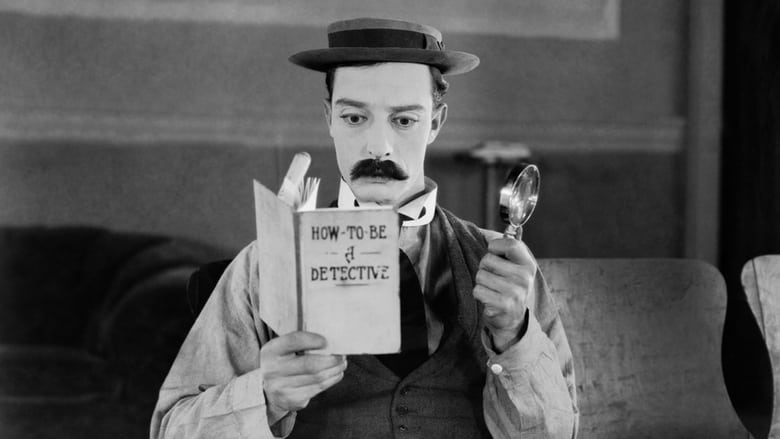 
My first ever silent film, thanks to DanielM for finally making me man up. Unfortunately the experience was exactly what I thought it would be. It was like watching a long version of the clips I have seen hundreds of times in commercials and in other movies. It is all about the sight gags and in 2013 sight gags aint what they used to be. I am sure what Keaton was doing in 1924 was unique and engaging, I am willing to grade on that scale. That only goes so far with me however and the fact that I never laughed once in a comedy has to go into my grading as well. After all I have laughed at Abbot and Costello and I Love Lucy and even the Three Stooges on a rare occasion. The other thing that struck me while watching Sherlock Jr was that the text was completely unnecessary. We could have understood each and every thing that was going on without a word of it. It seems even in 1924 silent films directors didn't trust us to engage with the story without spelling it out for us.

So I enjoyed four of the sight gags, and that will be enough to get Buster some popcorn points from me, which is what made him get into making films I am sure. I thought the sticky trash that he puts onto the man's shoe was good, that received an actual smile from me if not a laugh. Keaton exiting the train by way of the water tower was pretty cool. Running and jumping through the open briefcase was a nifty trick. Lastly the bike ride with no driver was enjoyable.

I am glad that being on movie forums has made me break down and watch some films that I probably wouldn't have otherwise. I will not be adding the rest of Keaton's filmography to my watch list however.