It's been about 15 years or so since I've enjoyed a Bond film this much...and I am a large Bond fan. Perhaps it was Sam Mendes' stylish contribution to the franchise or the fresh performances...or maybe even the fact that this film marks James Bond's 50th anniversary. The enormous introduction to an enormous film really sucks you back into a world you once loved, a world filled with you know...spy stuff. The second act introduces you to the villain, who is (to say the least) an effective and thrilling character. The third act is a showdown that is done (to quote a character in the film) 'the old fashioned way' and we are then treated to a massive and Bondtastic amount of references and homages to previous films and encounters...oh man...I almost wet my pants.

No film is without it's flaws though. The transition between the second and third act are shifty and change from a slow-pace to a fast-pace in half a second. The sub-plot in Shanghai is engaging and (in my opinion) one of the strongest parts of the film. We are introduced to characters that are then killed off despite there being major chances for development. Oh and they make a joke about Goldeneye that was cute but, I love Goldeneye, don't you go making fun of Goldeneye. 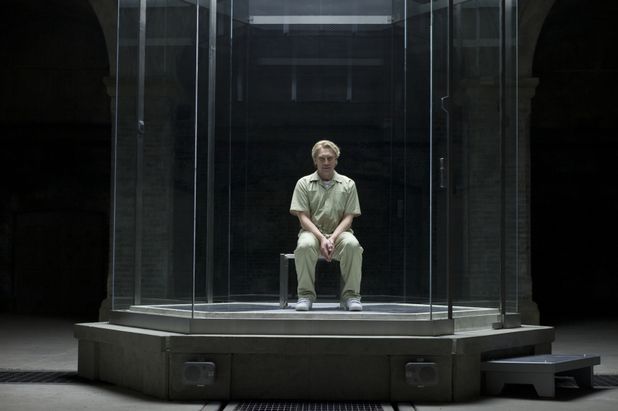 Daniel Craig isn't the most emotive of Bond's (heck, who is?) but a major scene towards the end of the film involves him crying, and when a brick like Daniel Craig cries...well...Your eyes start to get a little wet.

Overall Skyfall is rather brilliant and it is very clear that the guys behind it were trying to make as much of a homage to the 50 years of Bond as they could without ruining the film in the process, and that worked! It's not as good as say, Goldeneye, but then again...It's fricken spectacular...I might watch it again. Hey TylerDurden99...you up for some Skyfall?