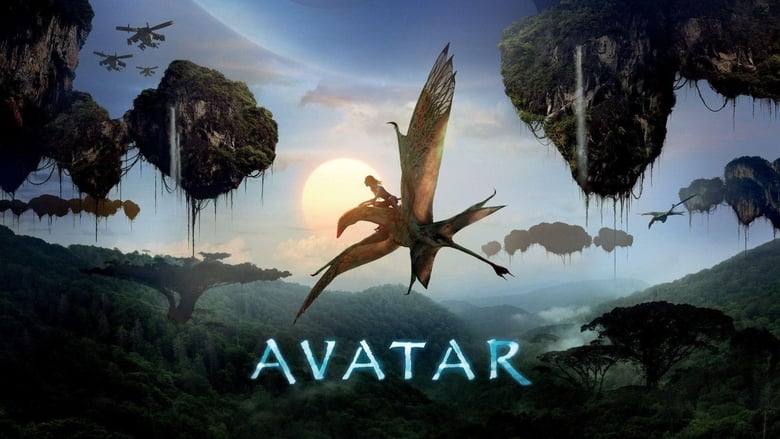 The premise, is that Humans have depleted Earth's natural resources and have discovered that there is a moon known as Pandora which houses a rare mineral called Unobtanium within it's geography, and Humans want it due to its monetary value.
What stands in the way are a species of Humanoid creatures known as the Na'vi, a primitive species technologically, but a deeply spiritual Tribe of Warriors nontheless.

Brought into the equation is a disabled Marine called Jake Sully.
His job is to use an incredible technology to remotely/mentally control an organically grown Na'vi 'clone' and, under the watchful eyes of his superiors, who all have differing motives, he must infiltrate the Na'vi Tribe that stands in their way.

When Jake gets in over his head though, his alliances are torn between his duty as a Soldier, his understanding of the importance of scientific research, his allegiance to his own race, and his sympathy and respect for the Na'vi Tribe.

The overall storylines, plot devices and 'little ideas' seen in Avatar have been done many a time before:
Instances are Dances With Wolves and The Last Samurai, and the tearing of alliances for an almost lone warrior and the acceptance into a world he doesn't belong in.
The Matrix and Matrix Revolutions with the technology seen throughout the movie.
The Abyss, and the ideas of Alien technology and organic technology being far grander than computerised and Nuclear 'power'.
Plus there's the alien invasion aspect of the whole thing too.

But what Cameron has intertwined with this outtake on those various plot devices and ideas, is basically a world of pure creation.
Some of the above plot devices and little ideas have also been switched around as a mirror version of what movie-goers are used to. Thumbs up I say!

Ok, some of the plotlines are a little cliche and some of the future references in the first act are extremely transparent and obvious, but the overall finish really couldn't have been an easy job, especially when the finished product is such an absolute gem.

Cameron has done a lot of research into this creation too, he certainly hasn't slacked off.
The term 'Avatar' has many different meanings throughout the various old and new cultures in real life, and even the real life religions spread throughout human history, and Cameron has utilised this.

Cameron has very cleverly incorporated each of these levels and sub-levels mentioned above into the pure meaning of the world he has built, and the sheer story he has created and has wrapped it all up inside, to coin a phrase... a Pandora's Box.

The world the audience is thrown into doesn't disappoint either.
It's highly realised, even more so than anything created by Lucas and his Star Wars Saga.
It's 'alien' yes, but highly developed and has an extremely natural feel to it. Along the lines of actually being a believeably real, natural, living world that has evolved over time and actually has an organic history, it's that well put together.

The CGI is another strong subject too.
Now I'm a real stickler when CGI is badly used, and I have yet to see the film in the 3D format as, personally, my dodgy eyes don't work with the 3D scam anyway, but Avatar still absolutely blew me away.

Now, you can tell when and where there's CGI used, but... it actually looks real.
Especially when within the human camps and bases and with the human machines.
Anything not human, looks slightly cartoony, but with a realistic edge that I have yet to see in any movie.
Even though there are a few scenes that are obviously designed for 3D glasses, it's still absolutely flawless and has such an originality.

Cameron's love of technology over the years has certainly paid dividends.

Mixing all that with the action scenes really brings the film out too. The action is a touch cliche like some of the first act plot points but it's still extremely well choreographed.
At a few points during the excitement my pulse actually started racing, which is something that CGI action has never done to me before.

The acting is also flawless. Most of it is through motion capture and is seen by the audience through CGI Na'vi characters, but even so, the movements and dialogue delivery, the actual real people on screen (when they're actually on screen) are all top notch.
Sam Worthington, Zoe Saldana, Sigourney Weaver, Joel David Moore, Michelle Rodriguez (looking hot I might add), Stephen Lang (brilliantly driven), Giovanni Ribisi and Wes Studi are all at their absolute best in their respective roles.
Giovanni Ribisi in particular is only on screen for a relatively short time but he lives with the viewer throughout. Top job!

All in all, the odd scene that is blantantly designed solely for the 3D market made me feel a touch alienated, and some of the plot in the first act is incredibly transparent. The one other thing that lets the film down is the recycled creature sound effects, nicked from Jurassic Park.

Even so, Avatar is still one of the best CGI laden movies I have ever seen and is very cleverly written in a way that the audience has to keep an open eye and make discoveries of their own.
It's not perfect, but it's damned close at 96%