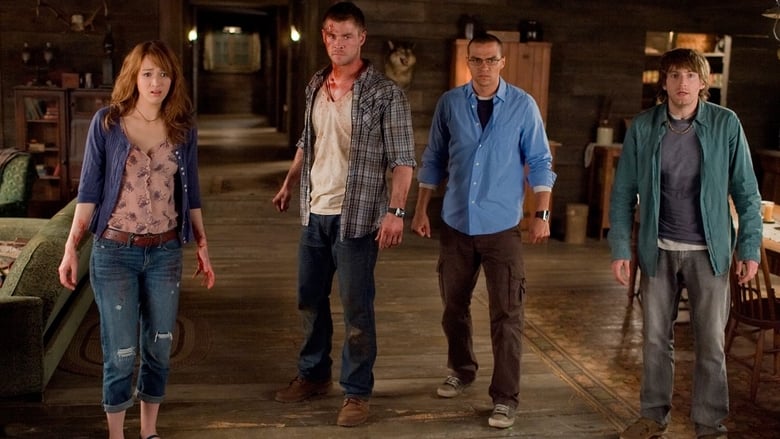 The Cabin in the Woods

by SamsoniteDelilah
posted on 4/15/12
in

Finally. After three years of anticipation, Cabin in the Woods is in theaters! For some of us, just seeing the words “A Mutant Enemy Production” and/or hearing the opening strains of OkGO on the soundtrack is enough to elicit a smile. If not, then the name of co-writer and producer Joss Whedon should. Or, you’re one of those non-geeks I’ve heard tell of. Anyway, even if you’re going in cold, you’re in for a surprise.

Cabin in the Woods establishes the signposts of its apparent genre early on – five hot teens go to a remote cabin for a weekend of drunken Truth or Dare, swimming and sex. Just as early on though, we’re shown that there is more going on here: everything is monitored by a small team of white coats, watching from a control room. Things aren’t quite the norm. You don’t have to shut off your brain to watch this movie.

It’s a fun, gory, hilarious slasher film with top notch production values. With a small side of indictment of reality tv. And a question: does this make you uncomfortable?