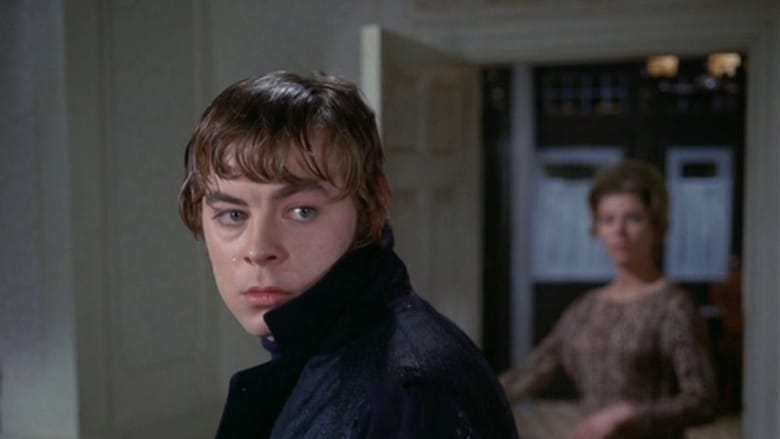 Twisted Nerve (Roy Boulting, 1968)
One of the most controversial British films of the late sixties; Twisted Nerve was banished to virtual obscurity thanks to it's spurious scientific links between the siblings of Downs Syndrome children (a condition unfortunately referred to as Mongolism in the film) and psychosis. Despite a pre-credits apology/retraction no doubt originally inserted in a desperate attempt to placate angry critics and health professionals (and which amusingly still precedes the UK Optimum dvd release); nothing could undo the damage of such negative publicity and Boulting's thriller was undeservedly banished to the movie dungeon of shame. Hardly surprising considering co-writer Leo Marks had already fallen foul of the establishment eight years earlier after penning Michael Powell's Peeping Tom.

Twisted Nerve follows Martin Durnley (Hywel Bennett) a sharply intelligent, but disturbed young man; mollycoddled by his doting mother, and despised as lazy by his disciplinarian stepfather (Frank Finlay). Unbeknownst to his family Martin has a secret child like alter-ego called Georgie, whom he often uses to manipulate people and situations. When his stepfather evicts him, Martin once again becomes Georgie in order to befriend a kind hearted young girl, Susan (the lovely Hayley Mills); after she helps him avoid prosecution for shoplifting a small toy. Obsessed, he's soon concocted a scheme to move in with Susan and her sexually frustrated mother (Billie Whitelaw) who runs a boarding house. Clearly besotted with this attractive and compassionate new friend, Georgie proceeds to woo her, whilst plotting revenge against his stepfather...

Watching Twisted Nerve today and it's hard to see what all the fuss was about considering the initial disclaimer. The film itself is a rather effective Hitchcockian psycho-thriller come character study, with a thoroughly convincing central performance from Hywel Bennett. As Martin he's a chillingly unlikable, cold hearted, if sporadically amusing psychopath. But as Georgie you'd be forgiven for feeling a pang of sympathy for the seemingly vulnerable simpleton manchild he imbues. The support is fine from Hayley Mills as the naive young Susan, and quite brilliant from Billie Whitelaw as her widowed mother who just can't help bedding sleazy boarder Gerry (Barry Forster). Elsewhere the film builds to some wonderfully tense moments, not least of which Martin's initial act of murder, and the climactic revelations concerning Georgie's true motives. There's a wonderfully perverse sense of sexual tension on the part of Georgie towards Susan, and a satisfying feeling of unpredictability as to what he's capable of as Martin. Also worthy of note is Bernard Herrmann's now famous spookily whistled theme tune thanks to Quentin Tarantino re-using it for Kill Bill. It seems even Alfred Hitchcock himself liked the film, as he cast both Billie Whitelaw, and Barry Forster in his highly regarded 1972 thriller Frenzy. Overall this gets a big thumbs up from me. I'd even go as far as to say it's a new top one hundred favourite; if I ever bother to update my list that is.
» More about Twisted Nerve
» More reviews of Twisted Nerve
» More reviews by Used Future