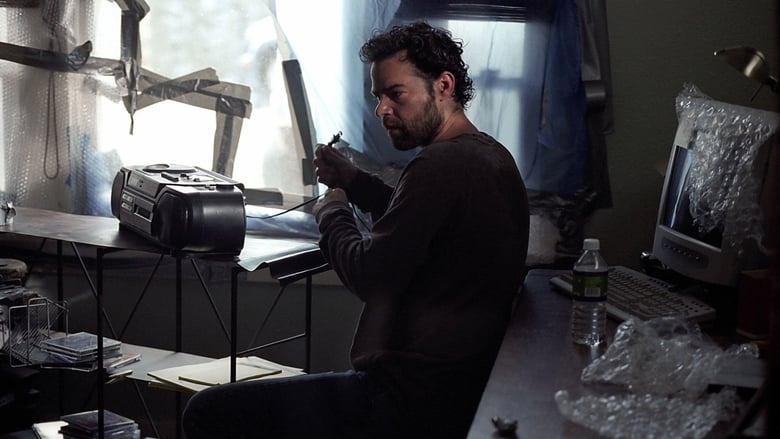 Right at Your Door

Brad (Rory Cochrane) and Lexi (Mary McCormack) are living together in Los Angeles and on this fateful morning she goes off to work. The next thing Brad nows there are reports on the radio of a series of blasts in the city. It turns out that not only is this a terrorist attack, but that the bombs were dirty bombs that are filling the air with toxic clouds of deadly ash. Of course Brad tries to contact Lexi, but the phone lines are jammed and when he jumps in his car to try and go and find her, his efforts are stopped by the police. Chances are she is already dead, but Brad simply does not know one way or the other. So he returns home and seals up his doors and windows against the toxic cloud that is coming, and waits for Lexi to call or get back home.
Of course his wife shows up after sealing himself in, he can't allow her in or else risk contaminating himself so a lot of the movie is spent with them sitting seperated by plastic talking about the good memories of their past.

I should have been bored but I wasn't, I found this movie entertaining from beginning to end and the movie did have a shocking twist ending that I did not see coming. There is a very minimal cast in this with only 3 characters that have any real amount of screen time and maybe another 3 that get about a minute or less screen time, the music was good and I thought the acting was really good also. This really makes you wonder if you would be able to do this to someone you love, if you could go on watching the person you love getting sicker and sicker, hopefully a choice I will never have to make.