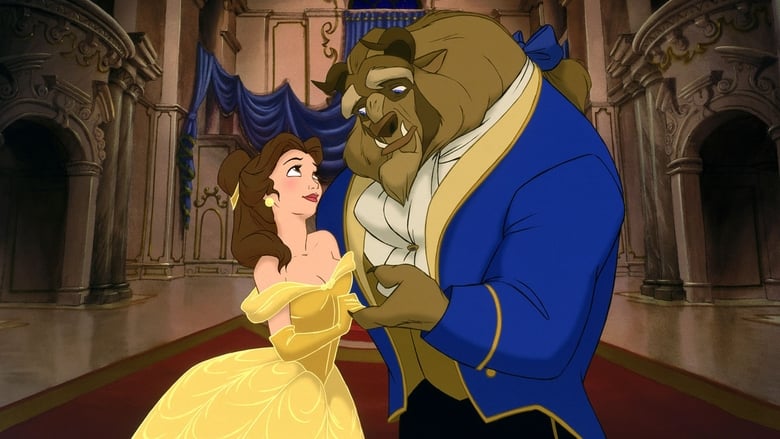 Beauty and the Beast

For Walt Disney Animation Studios, the 30th time's the charm. While some may love the 29 feature length animated films that came before or the 21 that have come since, I prefer Beauty and the Beast. I could write a whole article on why it's better than 'The Lion King' or 'Aladdin' (a close second) or even the classics like 'Snow White and the Seven Dwarfs' or 'Cinderella', but I'll save that for later. This review is strictly about a tale as old as time. Before I get to the actual movie, I have to comment on the amazing quality of this transfer to high-definition and the amount of extras included. Having missed out on the first DVD release (stupid Vault Disney), I was completely blown away by the clearest picture I have yet to see on this latest format. It's easy to see the texture of every brush stroke skillfully put into this groundbreaking fairy tale. Some techniques for the computer generated effects (made for Disney by Pixar) were first put to use in this 1991 feature and they hold up admirably today. You can learn all about this and just about every other aspect of the filmmaking process in the nearly three hour long documentary 'Beyond Beauty'. That's on top of the featurettes, audio commentary, and other extras!

One of the oldest fairy tales, La Belle et la Bęte, is masterfully adapted by Disney in this Academy Award winning animation. Long ago, a young prince selfishly refused shelter to an old beggar woman who then reveals herself as a beautiful enchantress. She cursed him to the form of a monstrous beast for judging her not by her inner beauty but by her outward appearance. If he did not find a woman to love him in his frightening embodiment by his 21st birthday, he would be doomed to live the rest of his days as the Beast.

Some time later, Belle, the beautiful young bookworm in her little French village is looking for more out of life. She is unimpressed with Gaston, the town "lady's man" who will do anything to get her to marry him despite all the other, more voluptuous, women pining for him around town. Belle's father, a loony inventor, sets off for the fair with his latest contraption but soon gets lost in a thunderstorm. He finds his way to a dark castle and is promptly taken as prisoner by the terrifying Beast. Back home, Belle learns that her father is missing and traces him into the castle where she pleads with Beast to let her take the old man's place. He agrees knowing that, despite his raging temper among other things, he must find a way for her to fall in love with him. The unfolding story is accompanied by a number of memorable songs including one that earned Alan Menken and Howard Ashman (posthumously) an Oscar. Angela Lansbury does a great job in that particular song as does Paige O'Hara, the voice of Belle, on others. Though Beauty and the Beast may at first seem like a girly or children's movie, it isn't at all. Not only does Beast sing (in a manly way) in 'Something There' but the rest of the plot always has a sinister feel looming over even the sweetest of moments.

If your children have grown up only on Pixar movies, you owe it to them to share this treat of traditional animation. Nothing about the timeless story has aged obviously and you know there's magic when Disney is beginning to revert to this style of filmmaking. The entire family has something to love about this movie and it will have you on the edge of your seat in suspense to see if "'Twas beauty killed the beast". That's why I give Beauty and the Beast a 4.5/5.