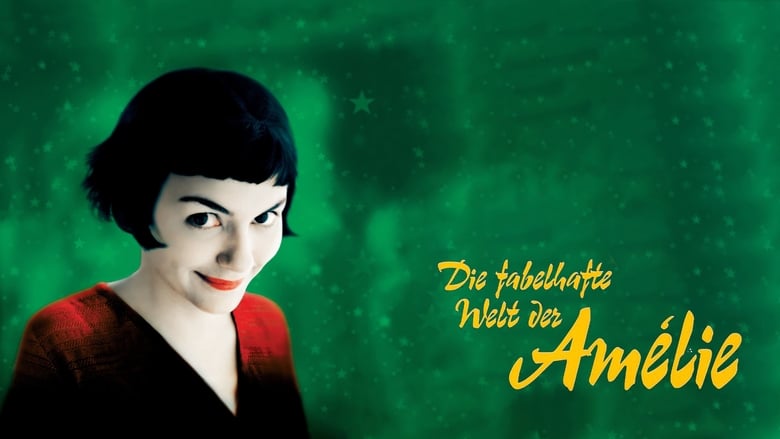 Amelie is a foreign film from director Jean-Pierre Jeunet and it revolves around a young woman, Amelie, and the lives she changes.

I chose to watch one of my favourite films on this day because it was my birthday. Why waste the day on a film I might not like. I made the wise choice and went with something I knew I would enjoy.

Jean-Pierre Jeunet chose to bring life to the film with colours, masterful camerawork and special effects. Special effects? Yup. There are three main colours in this film, and they also appear on the cover of the poster. They are green, red and yellow. The film uses these colours to its advantage and the results are beautiful. Jean-Pierre Jeunet also chose to insert little objects that contrast the three main colours in the film, for example in one scene the audience sees a blue lamp in the background. So it immediately catches your eye.

The camera movement in this film is wonderful. One scene in particular comes to mind, the waterfall when the main character skips a stone. The movement is fluid and engages the audience. Every shot in this film means something, nothing is “filler”. There are moments in the film that don’t even need movement, the actions on the screen speak for themselves and there is no need for movement.

The special effects are subtle and serve the beauty of the film. If it were overdone it would be too distracting. Everything about the film is beautifully done and shows how much preparation was put into the pre-production, for the smallest little details. If you have the change, watch some behind the scenes features, it shows you how meticulous of a director Jean-Pierre Jeunet is. A definite recommend on my end.