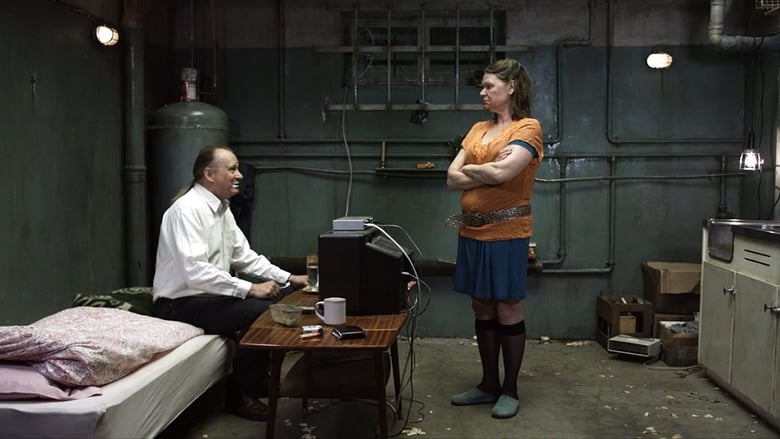 Winning low key and offbeat comedy, sort of a Guy Ritchie crime movie by way of Dusan Makavejev or Aki Kaurismäki. Stellan Skarsgĺrd stars as Ulrik, who as the film opens is being released from prison after serving a twelve year sentence for murder. But he's no monstrous hardass, in fact as a pudgy middle aged figure he's so well liked and easygoing that even the guards have gotten him a bottle of wine as a going away present, sincerely wishing him well. Once out he reconnects with a couple of the criminals he used to run with as a younger man, including Rune (Bjřrn Floberg), his former boss who has financially been looking after his ex-wife. Rune also gets him a rent-free basement apartment in his sister's house and a legit job working in a garage. But all of that is just cover, as far as Rune is concerned, while Ulrik tracks and kills the man who ratted him out to the Police a dozen years before. Ulrik agrees, as that is what is expected of him, but he doesn't have his heart in revenge. He's much more concerned with reconnected with his now adult son who has thought of his incarcerated pop as dead all these years. He also winds up romantically involved with a few women, most especially someone from the garage (Jannike Kruse). Will he pull the trigger when the times comes, or can a man truly change his nature?

Could have been done as a straight ahead revenge action thriller starring Liam Neeson or Jason Statham, but instead the Norwegian sense of humor is dark yet gentle, and Skarsgĺrd as Ulrik is immensely endearing. He plays the deadpan comedy to perfection, and while in genre terms there is nothing surprising in the plotting, it hardly matters. The characters are of paramount importance, and there are plenty of big laughs as you root for this man to change his destiny.