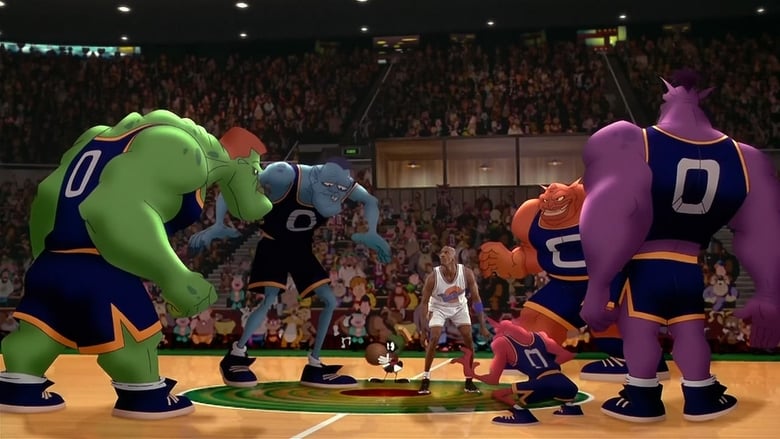 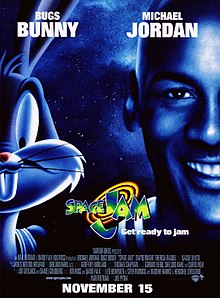 Swackhammer, owner of the amusement park planet Moron Mountain is desperate get new attractions and he decides that the Looney Tune characters would be perfect. He sends his diminutive underlings to get them to him, whether Bugs Bunny & Co. want to go or not. Well armed for their size, Bugs Bunny is forced to trick them into agreeing to a competition to determine their freedom. Taking advantage of their puny and stubby legged foes, the gang selects basketball for the surest chance of winning. However, the Nerdlucks turn the tables and steal the talents of leading professional basketball stars to become massive basketball bruisers known as the Monstars. In desperation, Bugs Bunny calls on the aid of Micheal Jordan, the Babe Ruth of Basketball, to help them have a chance at winning their freedom.

The Looney Tunes characters are some of the most iconic and well beloved characters in animation especially Bugs Bunny. So this film and adding basketball into it was kind of surprising and people were expecting the worse. However for Michael Jordan he did pretty well. Not oscar worthy, but enough to convince us that this is going to be a good film. The other basketball players were also ok. As for the Looney Tunes, as usual they had me in stiches. I also really liked Lola Bunny. I know its wrong to think sexually over a cartoon character (Even Jessica Rabbit) but Lola had this cute 90s girl appeal to her that made her character enjoyable to watch.

I liked Wayne Knight's performance as well as Danny DeVito's voice performance as the villian. Also i loved Bill Murray's cameo in the film. That guy works in both comedic and dramatic roles. Ghostbusters III anytime soon ?

Overall, short but sweet, Space Jam works well and deserves your time as a family night in film. Its good, but not a masterpiece.