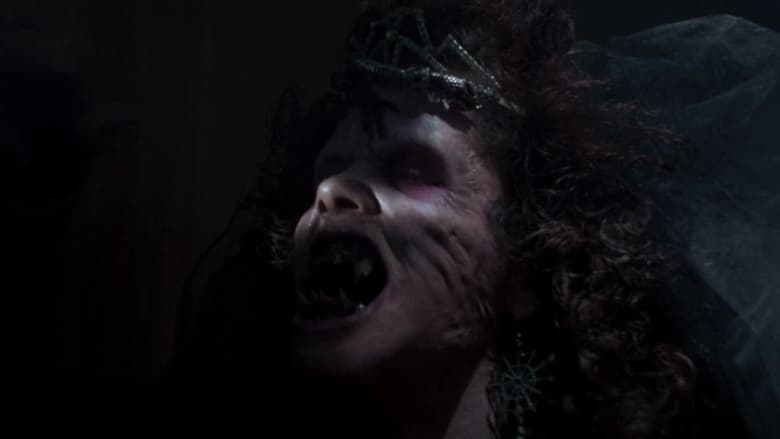 Night of the Demons

Night of the Demons

Horrible acting, bad ADR and an obvious man wearing a blonde wig doing a stunt for the lead female. These things make Night of the Demons a classic 80's horror film, when it should have hurt it's chances of me enjoying it. Weird how sometimes these things will make me hate a film and appreciate others. I guess it has to do with tone, genre, the film's goal and the decade it came out in. Don't ask me why about the decade...

Night of the Demons is about a group of kids who go to a house that use to be a funeral on Halloween night. For some strange reason demons wake up and possess the teens. One by one they are attacked, killed and possessed.

The movie is full of stupid and unlikable characters, so seeing them die wasn't a biggie. There's only one gruesome scene to note off, one character gets his eyes poked out. This film has it all, death, bad dialogue, bad acting, low production values and nudity. The corner stone of almost every cheesy horror film that came out of the 80's. Night of the Demons spawned 2 sequels, and most recently a remake with Diora Baird....*drool*

Classic horror fans might get a kick out of this one, if they can appreciate and or love the horribleness that one can expect from an 80's horror film.