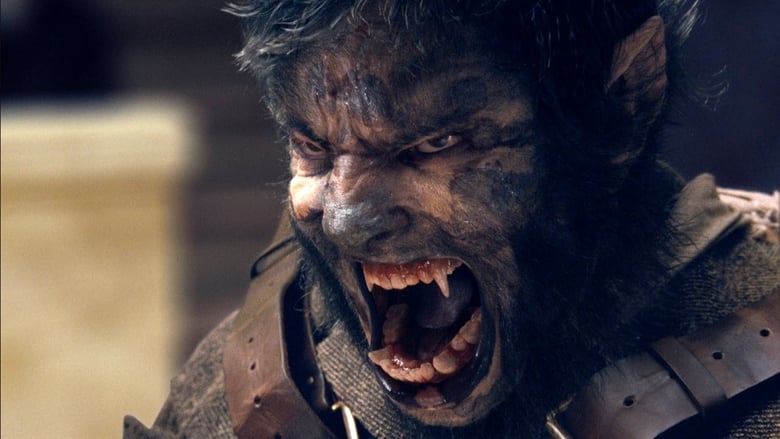 The classic tale of the Wolf Man, is updated. After hearing about the disappearance of his brother, Lawrence comes back home, only to discover that his brother is dead. He searches for the beast that did it, but is bitten. He soon discovers that the legends of a Wolf Man are true.

I know nothing about the original, even if The Wolf Man is my favourite universal classic monster. So I was excited to hear they were doing a revamp on the movie and with a great cast. Then I hear rumblings of trouble on the production side of things, I try to ignore what I hear and go into every movie with an open mind. The Wolfman is not a terrible movie, simply a misguided one.

I must say that the film looks marvelous, the set design, costume and cinematography really shine in this film. They captured that time era really elegantly. Second, the makeup effects from the legend Rick Baker are phenomenal and I hope an Oscar win comes his way. I respect the fact that they went the traditional route and went with authentic rather than full on CGI *cough* An American Werewolf in Paris *cough*. The rapid use of CGI to conquer the monsters of late has grow tiresome. Back then, CGI was the rave, even if it looked cheap and bad. Here, we have a genuine look that feels and actually looks real.

All the cast involved do their job, no one seems to go above and beyond. You get what is expected out of Hopkins, Del Toro and Weaving. Blunt fills the role of crying woman well enough. Their so called romantic plot between the two is boring, uninteresting and not realistic. It feels like a studio head wanted this in to try and sell more tickets. Again, knowing nothing about the original, I knew who the first werewolf was and the film didn't even try to hide it. The werewolf vs werewolf sequence was interesting, but a more action turn than horror for the third act.

The Wolfman is a mediocre film that isn't really action, isn't really horror. It's full of some brutal killings and blood left right and centre, so some horror enthusiasts will be pleased. I found most of the film to be drawn out and a tad boring. Even the suspenseful chase scenes were yawn inducing. The Wolfman has great technical achievements, but weak story and characters are enough for a pass.