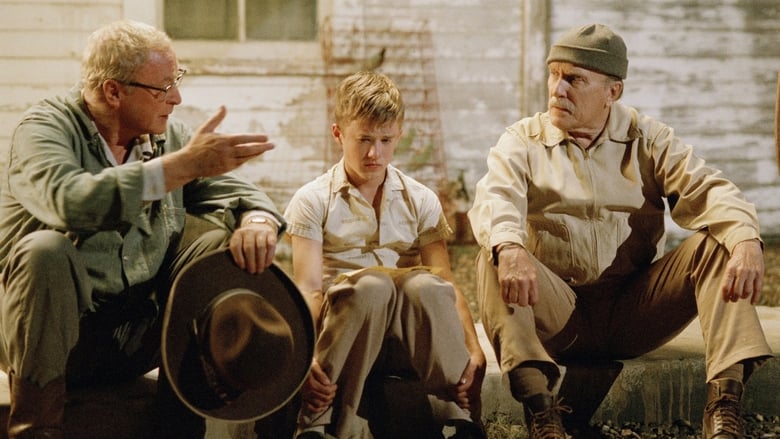 You bought a used lion?

A film that Powdered Water suggested the first time around. It tells the story of a shy little boy that is sent to live with his eccentric uncles. His mother is a little bit irresponsible. The uncles are played by Michael Caine and Robert Duvall, two great thespians that really seemed to love the material here. You can tell how much fun they had with this script and to work with each other.

Secondhand Lions is most likely (at least for me anyways) known as the film that the kid from The Sixth Sense did when he was older. It's a bad thing to say because the film the better than that. Haley Joel Osment might have fallen from the pedestal we all put him on, but he still manages to give a good performance.

The film is heartwarming and is a great piece to watch with the family, that's not to say the film isn't without it's emotional scenes. It's not all happy go lucky and there is a sense of realism to the film that I admire. Secondhand Lions is a good film that has strong performances.