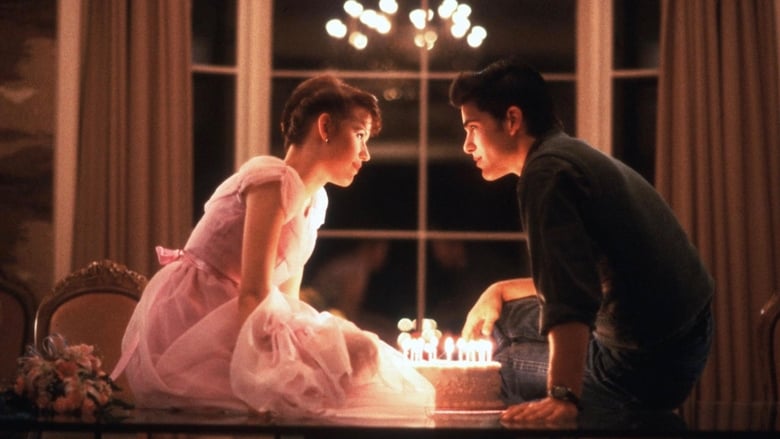 Easily the best teen comedy i have ever seen.

Samantha's life is going downhill fast. The fifteen-year-old has a crush on the most popular boy in school, and the geekiest boy in school has a crush on her. Her sister's getting married, and with all the excitement the rest of her family forgets her birthday! Add all this to a pair of horrendously embarrassing grandparents, a foreign exchange student named Long Duc Dong, and we have the makings of a hilarious journey into young womanhood.

First seeing this movie , i was hooked very quickly. Every aspect of high school is covered in this film. Geeks , Jocks , Rich Girls & Outcasts. They are all very potrayed quite well but still cant shake off the fact that they maybe really 21. Thats what i hate about the majority of teen films. Actors aren`t teenagers. But never the less there are really memorable perfromances.

Molly Ringwald pretty much holds everything together as it is her story. Her character is the one that causes all the events that happen in the film...well almost all the events. I like her personality and its a shame that how she is treated by her family because she doesn`t deserve it. Only her father shows her the love and compassion she deserves while everyone else treats her like **** pretty much for most of the film. If they did that to me i would move out , no child deserves that from their parents. However she does get hapiness eventually.

Enter Jake Ryan the popular jock who has a crush on Molly Ringwald`s character Samantha. He takes an interest to her and wants to know more. But he has a bitchy upper class girlfriend in which i actually really like in the film. Also notice two cameos from The Cusack Twins. I also really like the nerds including Anthony Michael Hall`s character. He just wants to get laid no matter what he has to do he will do it. But to me the best character is The Chinese Guy. I don`t care if he was meant to be racist to Chinese or not , that guy is awesome. Over the top , incredibly funny and so memorable in the film.

To me Sixteen Candles is the greatest teen film ever made hands down. Go find it.