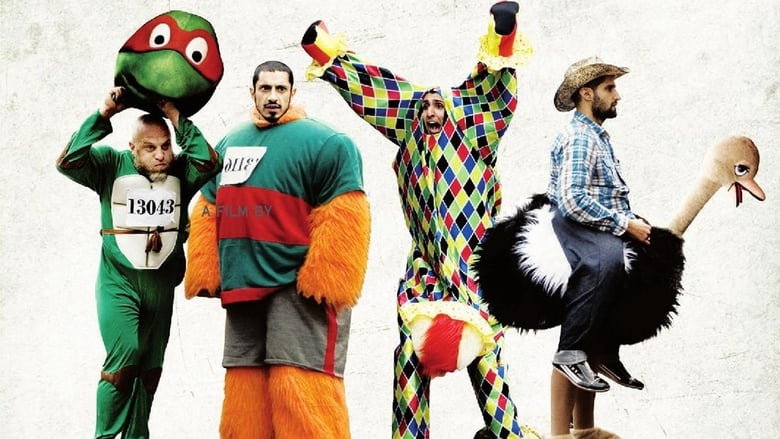 Drawing on realities like the UK's homegrown bombers, the haphazard attempts that followed, the shooting of an innocent in London, and countless other genuine horrors and twisted tautologies of 'anti terror' irony, this ladies and gents, is a comedy. And it's ****ing funny at times. Whether communicating grievances via the children's website 'Club Pelican', or lacerating each other with insults fitting of In The Loop (by ex-collaborator Ianucci), this bumbling boys-own terrorist group are a sight to behold. And crucially, the actors are strong enough to make it more than just an exercise in shooting lame ducks.

A man who thinks chickens are foolish rabbits without ears is clearly a fool. He's also a tragi-comic creation, who becomes more than just a cartoon character juggling comedy bombs, and joins the film in balancing on a razor's edge. That he goes on in the same scene to bond with his friend over their dedication to killing each other, should it be demanded, adds the emotional kick that frequently surfaces amongst this caustic froth. That he then gets helped to see heaven's reward as his favourite fun ride suitably combines the jibes at plastic society, outlandish religious interpretations, and other memes of happy meal 'banality of evil' that course irrepressibly throughout the film.

Morris manages to bring all his TV strengths to this feature-length directorial debut, just not perhaps the directorial panache to match his other talents. The guerilla style of some of the handheld moments robs both ad libs and set pieces of some of their punch, 'directing' the deliveries off into odd corners and muffling what is often inspired and funny stuff. There's all the discomfort of mores and morays (and yes 'Moors') being punctured, but vitally the humour doesn't just springboard us out of this world in cathartic escapism, it's there as an equal partner.

It's easy for a white Westerner to push through the nerves and join in the laughs, because the biggest bigot of the lot is a white rebel Islamic convert. But that's just the first invitation to take the rise out of a seemingly easy target, only for us to be reminded that serious veins of thought are being parodied. It's a classic switch-back display by trickster Morris. I'm not normally a fan of 'dumb funny', but by making this partially about unrestrained anger, paranoia, mental illness, and flat out passionate human tragedy, he's somehow made this hugely ambitious project work. It's a slightly flawed, but explosive treat. (Some might argue that Riz Ahmed is too human as the cell's leader, but there is some factual precedent, and the tragic bite of his story arc shows more than any how warm blood can't stop revenge being inherently cold to the bone).