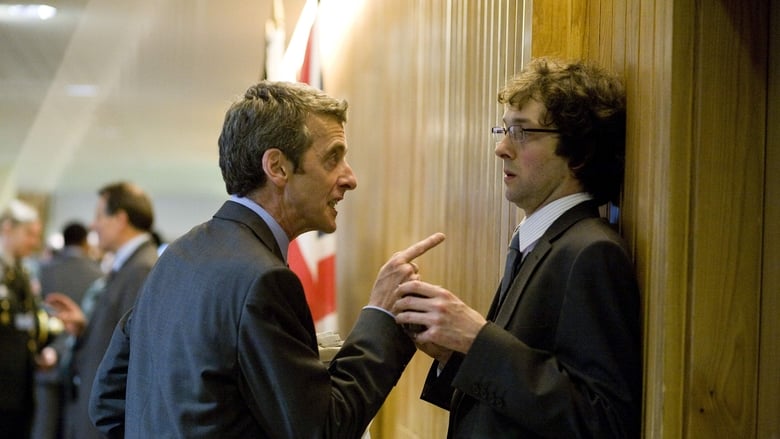 Televisually, I go back with Armando Iannucci to The Friday Night Armistice, then Alan Partridge, his eponymous and underlooked show, The Day Today, The Thick of It and now In The Loop.

He's the brightest comedy writer in Britain. The Ricky Gervais's and Simon Peggs of this world aren't fit to lace his drinks, quite frankly, and they're not exactly bad.

In The Loop is pretty much what we've come to expect from the man - arch satire delicately painted with a brush as broad as Jim Gandolfini's trousers. My, he's piled the lbs on a bit since The Sopranos, hasn't he? Not that he was particularly sylphlike to begin with...

The film's not entirely the Peter Capaldi show but he bestrides it like a colossal, sweary ferret and, of course, gets the lion's share of the best lines, such as:

You say nothing, okay? You stay detached. Otherwise that's what I'll do to your retinas

And that's one of the few that I can print without going asterisk happy!

My favourite as we speak, though, is uttered/hissed by his sidekick Michaelson:

That's the thing about In The Loop, it's so chock full of acerbic one-liners that it's in danger of drowning the viewer in bile and invective. What a calling card, though, for the director.

As someone weaned on In The Loop's gentler but just as well-observed cousin, Yes Minister, I truly believe politics consists of the Civil Service, personal assistants and press officers leading their buffoons of elected 'superiors' around by the nose, constantly firefighting and in a state of panic lest their charge actually say something that wasn't drafted in triplicate days beforehand by a room full of spin doctors.

This film, while not perfect, supports that theory to the hilt.