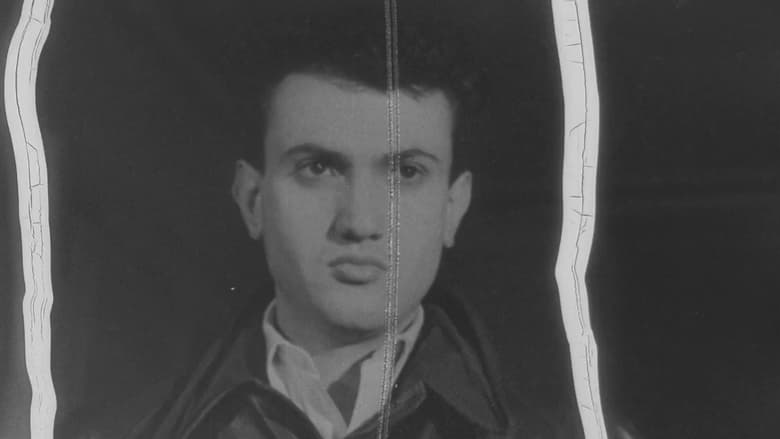 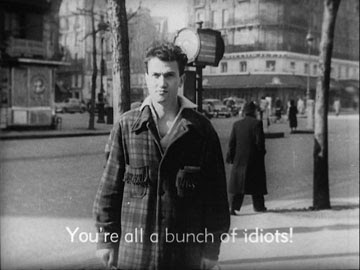 I have a bizarre relationship with Venom and Eternity. In one sense I find its overall appearance, (how its directed, etc.), to be absolutely deplorable; on the other hand its ultimate lexicon and message is so far ahead of its time that even today I don't think many can come to terms with it. One perhaps may then ask, "Is this why the overall appearance of the film is so unpalatable to begin with"? Is the film maker, Isidore Isou, testing our limits of understanding by forcing us to look beyond what is on the surface? I wholeheartedly believe that the answer to this question is yes, and I have little doubt about this conclusion. For you see, when this film hit the scene in 1951 at the Cannes Film Festival, it enraged so many people that it caused a rather huge riot which ultimately had to be subdued via fire hose. One may disregard this as a film which is an utter failure, however; people walk out of failures... people riot when their ideals are challenged.

In few words, Venom and Eternity is less so a film and more so a visual radio broadcast. From it's inception we, for close to an hour, follow a man wandering the street speaking through his mind about how he hates all contemporary cinema, and how they lack any form of real creativity. He calls for a complete abolishment of the "visual film" and the creation of the "purely sound film". The entire film is essentially a rant on what our ideals of appropriate cinema is. In a way this film is a flawed masterpiece, the film is infinitely challenging in the concepts and ideas in which the film maker has given deep thought to; however the film it self is so poorly crafted that its hard to believe that his concepts are sound. Then again, I am reminded that Isou is taking the grounds of making an anti-film to create points which are, in essence, anti-film. If one can look past the cinematic criticism, and ultimately punkish behavior, that the exhibits; one can derive a profound sense of the limitless possibilities of film itself. A sense that there is no right and wrong, and everything is worth trying and risking no matter what the cost. The results, no matter how terrible they may be, will somehow someway influence another. I can easily state this about this film because it has illustrated this point to me. So the question of "purely sound film", instead of hustling and bustling about such and idea, (to the point of rioting), why not one try this concept in their films and see what grows from them? Venom and Eternity therefore becomes a battle cry to film makers willing to take on perceptual challenges and push films to a higher level of artistic merit.

If one looks at Venom and Eternity though a film making standpoint, I imagine they would enjoy it quite a bit. But for the audience which exists outside the confines of the film maker, I imagine this film is not for you.