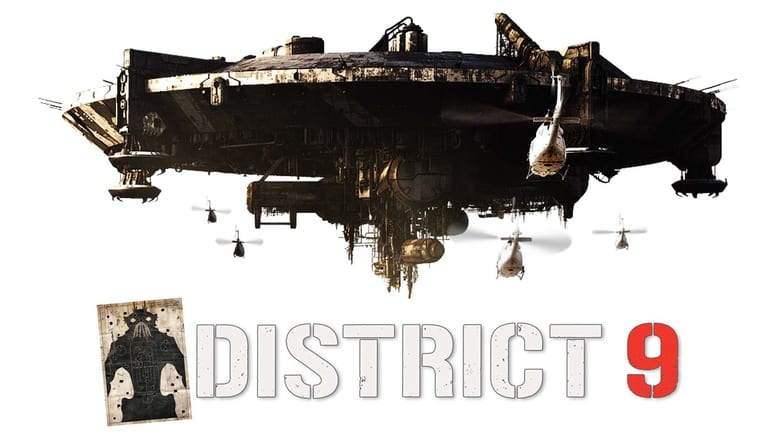 District 9, has some substance and the imagery and CGI are amazing in there own way. But I don't think it deserved the 'blockbuster' reputation it gathered and would have been more appreciated in a art house theater rather then at the box office.

I heard so much about this film in the last few months, I've seen the posters everywhere and watched that first teaser trailer that started all the fuss over District 9. Ill admit it all had me engrossed, the imagery was shocking and new, that shot of the space ship hovering over the horizon really impressed me. I gathered this was going to be something big. But it wasn't. Its not a huge or overwhelming story. This is an intimate and small story, a humanitarian tale. Not that its a bad thing I just didn't expect it and I doubt many people did. So like in my review of Inglourious Basterds I think the advertising has got it wrong again, this movie would have been much better without it.

Another problem I had with District 9 is that sometimes I felt like I was watching an amature film. The documentary style is one of the reasons for that. But mainly some of the props were unconvincing and looked obviously fake. I'm a big fan of Sunshine another science fiction movie with a low budget the special effects were done with tact and I never noticed. But during District 9 they stuck out between the better effects. District 9seemed like a mash up of other movies, the raw handy-cam and unknown actor style of Cloverfield, the spaceship looks like it came straight out Independence Day, the narrative itself resembles the plot of E.T and maybe just a hint of The Fly. Overall I just wasn't that impressed when I walked out of the theater or at least not as much as I though I would be.

The 'prawns' are one of the most convincing aspects of District 9. The CGI is first class, the way the prawns interact with the environment and real people looks life like. Especially there glass-like eyes, its hard to believe they're computer generated. There spaceship that hovers over Johannesburg is the other impressive piece of CGI, the way the documentary style footage shoots it, really looks realistic. Ill admit I never got bored with these things.

Towards the end the action speeds up and there a few minutes of suspense. I enjoyed those few minutes but apart from that the only thing I liked apart from the CGI was the message, ' human beings are scared of what they don't understand ' this message could have worked just as well with an all human cast, the aliens are only there to get the public interested. In that way it does what good science fiction should. I expect most people will be more interested in the aliens themselves and not whats actually taking place and therefore missing the message altogether.

A strong underlying message but a weak movie in the end.