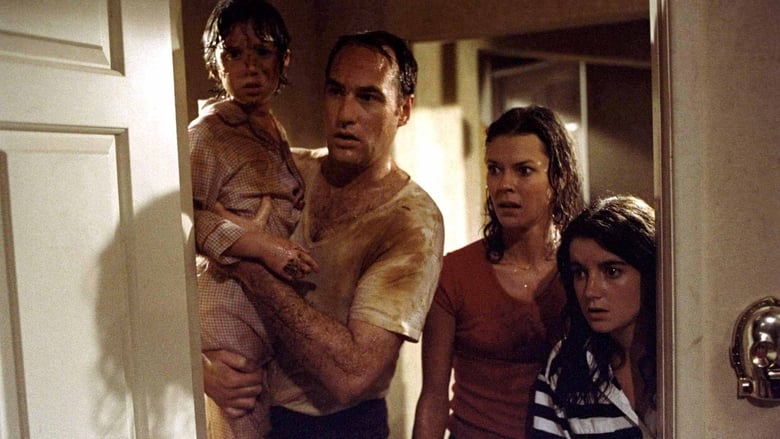 Regarding ghostly aberrational terror and the perseverance of a parent’s will to save their lost child, Tobe Hooper’s Poltergeist is as good as it gets. With an engrossing, chilling story, characters with which a strong bond is easily forged, and special effects and music that scream awe and sheer brilliance, this film stands miles above most—or all—titles in its genre and is among my personal favorite movies of all time.

Coupled with Steven Spielberg, who is well acquainted with the horror business with titles such as Jaws under his belt, Hooper, also well versed in horror having directed The Texas Chainsaw Massacre, delivers a cinematic masterpiece regarding the depiction of otherworldly spirits wreaking havoc upon an innocent suburban family. This success—the level of unrelenting terror and chaos found in Poltergeist—is achieved by Hooper through first acquainting the audience with the film’s very likable family, presenting them in the film’s very pleasant, aesthetically pleasing setting before having this relatively tranquil atmosphere all come crashing down into horrifying disarray once the action presents itself, forcing the audience to feel for the characters throughout their dire turmoil. Without such prior investments in the characters and setting, the emotional impact would not quite have been there, but climax is built up to expertly in this way. In short, this is storytelling of the horror genre at its very best, by two of the very best people to present it.

Craig T. Nelson and JoBeth Williams play Steve and Diane Freeling, the parents of Dana (Dominique Dunn), Robbie (Oliver Robbins), and Carole Anne (Heather O’Rourke) who all, as a family, live in a large suburban community, mountains off in the distance to one side and a vast, ancient graveyard looming ominously overhead on the other, set high up on top of a hill. It’s a town that looks much like any other, but its founders harbor a dark secret that makes itself terrifyingly evident when the Freelings eventually find themselves under assault by otherworldly entities that shouldn’t exist. Once these beings kidnap Carole Anne, the Freeling’s youngest daughter, taking her to their hidden spectral realm, Steve and Diane call paranormal investigators to their home in hopes of ridding their house of the spirits and getting their daughter back. When the investigators find this to be a more difficult task than they ever could have imagined, they bring in Tangina (Zelda Rubinstein), a reportedly powerful psychic.

With Tangina’s presence, the unwelcome inhabitants of the Freeling’s house begin to grow more hostile, and once the psychic reveals several hauntingly dark truths about their malevolent nature, together with the family and the paranormal investigators, she forms a plan to rescue Carole Anne and cleanse the house once and for all. Her plan is both a success and a failure, however, for in successfully bringing back Steven and Diane’s little girl, Tangina fails to rid the house of its ghosts.

What plays out next is a terrifying series of events which brings forth a horrifying revelation about the community’s past, and presents the Freeling family with their most terrifying encounter with the spirits yet.

All performances are spectacular, especially that of JoBeth Williams and the young Heather O’Rourke, and the film’s climax is nothing short of a spectacle. The special effects are outstanding, having watched the movie on Blu-ray format (the ghosts, such as the huge skull and the skeletal dragon, seem to pop right out of the screen), but above all else is the film’s musical score. The music inspires emotion at every end of the spectrum seamlessly, invoking hair-raising terror during sequences of tension and relieving tranquility during sequences of happiness. Poltergeist is a film I can watch again and again, and it will remain just as scary—and just as good—each and every time.