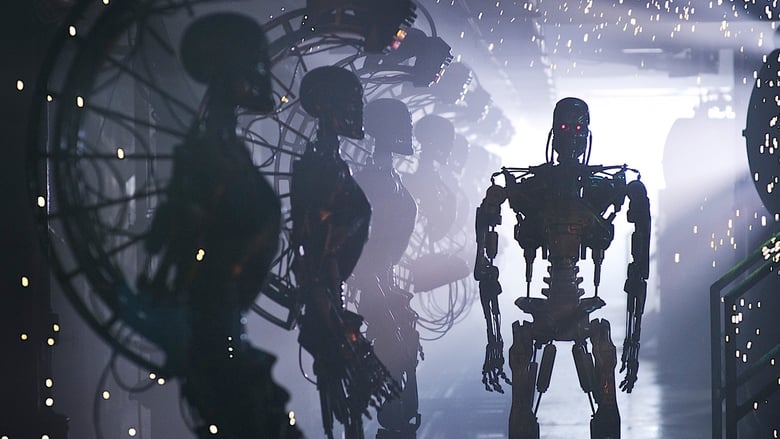 by TheUsualSuspect
posted on 5/21/09
in
Terminator Salvation (McG)

The problem with this film is the same problem that the recent Wolverine film had, it just doesn't connect with the original material. Now, there could be many reasons for this, non of which the film acknowledges. In fact, the film doesn't seem to care about a lot of stuff other then blowing things up and making it look cool. This entry into the series is vastly different from the previous ones. This time around the story takes place in 'present time' I would say, since every film before that was about traveling back in time to save/kill whomever. So right off the bat the film feels like it doesn't belong.

Terminator Salvation is better then Rise of the Machines and weaker then the first two. There, I just told you something you probably already knew. Christian Bale is the 4th actor to portray John Conner (that's right 4th, look it up) and his performance consists of a lot of yelling and shooting. He doesn't have any scenes of emotional depth and the character loses that connectivity with the earlier films. He's a different John Connor, he's not the punk kid or the hiding from everything bum, he's finally becoming what his mother said he would be. Although, he is not the leader of the resistance yet, so this film is NOT the battles we've been preluded to in the original films, it's what happens before it. This film takes place in 2018, everything we've seen or been told came from 2029.

The rest of the cast, with the exception of the saving grace that is Sam Worthington, is pretty much useless. Common fades into the background and serves no purpose whatsoever, he could have been just another faceless soldier. Moon Bloodgood seems to have gotten all her scenes left on the cutting room floor. She has a romance with Worthington that comes out of nowhere because prior scenes were obviously deleted. This makes her actions seem unrealistic. Bryce Dallas Howard takes over the Claire Danes role and surprise surprise is giving nothing to do as well. Anton Yelchin surprised me as Kyle Reese, and seemed like a believable 'young' Biehn. The man who steals the show is Sam Worthington, who is actually given some emotions to play with. I found myself interested in his character and his scenes the most in this film.

McG has an eye for visuals, yet all his films lack substance. This is no different. Although I will say this is his best film, but when looking at his resume, that doesn't amount to much. Whatever substance this film has, it was given to by previous films. The script is basic go to point A to get plot point B. The only worthy addition to this story is the role of Marcus (Worthington) who actually brings a new dimension to this story, which in my opinion, we already know how it will turn out. I'm not totally sure on how this film stands on the whole timeline issue, but in my opinion, none of the key characters were ever at risk to me. Kyle Reese we know will go back in time, so he must live to do so. We know John Conner lives till 2029 to send Reese back in time, so we have no sense of danger in their scenes. Of course it could all be different and they could indeed die, I'm saying this based on the one line of him saying 'This is not the future my mother warned me about".

It will satisfy the action junkies, but leave those who want to see a continuance of the story empty. The barren wastelands are nice to see and gives them free roam for many neat things, such as car chases, motorcycle chases, air jet chases, etc. It had a bit more Mad Max then Terminator feel. You'll see a surprise cameo, which means only one thing when someone says that about this franchise, but when you see it you might laugh. We haven't perfected this yet and it looks fake and cheesy.

Terminator Salvation is a popcorn flick that takes the series in a new direction. No more time traveling to save people, now it's the fight to stay alive. This new direction might not sit well with some, but for those just looking to enjoy themselves for a solid action film, this delivers. The scenes are exciting and Worthington delivers what others should have. The ending is a bit ridiculous, but it's better then the rumoured ending with the skin swapping. On a final note, Connor mentions that he's never seen anything like Marcus before, a machine covered in human skin with organs. Yet, he HAS seen this before, maybe not the organs, but he acts like this is brand new to him. Just one plot hole in my mind, in a field of many.