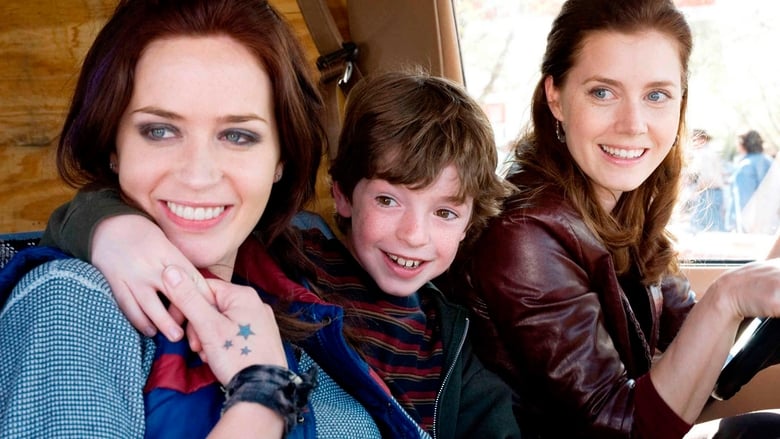 Pleasant if too easy concoction of amusingly dysfunctional family dynamics, upbeat melancholy and an oddball profession that isn't terribly memorable and not at all surprising, but it is well acted and charming enough for its modest ambitions. Rising superstar-to-be and two-time Oscar nominee Amy Adams (Doubt, Junebug, Enchanted) is Rose Lorkowski, a young woman in her early thirties, unmarried with a grade school aged son, and realizing her life hasn't turned out at all like she imagined. She has a job as a cleaning woman which is just enough to support her and the boy, and she's carrying on an extra-marital affair with her high school sweetheart (Steve Zahn) who is a cop but has no intention of leaving his family for her. Rose's younger sister, Norah (Emily Blunt), is even more lost and can barely hold a job as a waitress, living with their Dad (Alan Arkin). One night at a crime scene after overhearing how much the specialized cleaning crew that sanitizes an area after a violent death is paid, Zahn suggests she go into business for herself scrubbing blood and brains after the police have left. Rose does so, with Norah in tow as her partner, and together they quickly learn the ropes of biohazard disposal.

Amy Adams is an extremely likable screen presence, as always, and plays both the desperation and the dogged hopefulness of this kindhearted loser with equal depth and reality, and makes the character more alive than the material in the script should have let her. The English-born Blunt who made her mark in The Devil Wears Prada a couple years ago continues to raise her profile and shines playing the sister with the darker edges. Arkin is of course reliable and instantly likable playing a very familiar role and young Jason Spevack as the oddball kid manages to be weird without becoming too cutesy or sitcomy. There's a good supporting cast to aid them including Zahn as the handsome cad, Mary Lynn Rajskub as a young woman Blunt's Norah tries to befriend under false pretenses, the venerable Paul Dooley playing a used car salesman calling to mind his greatest role in Breaking Away (1979), and Clifton Collins Jr. (Capote, Traffic) understated and charming as a sympathetic cleaning supply dealer. Director Christine Jeffs (Sylvia) keeps it moving along going from the Little Miss Sunshine playbook, even using one of the same words in the title and its Oscar-winning co-star, but it never quite clicks either as a winning comedy or a moving drama, leaving a rather standard if likable dramady.