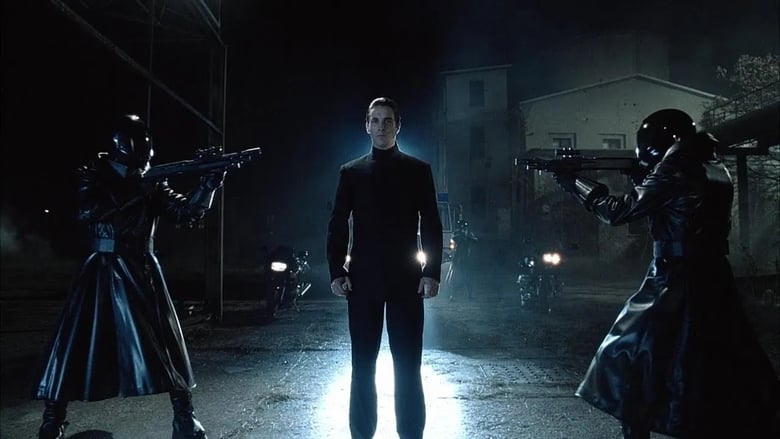 Following in the footsteps of The Matrix , Equilibrium tries to mix it's sci-fi and social commentary with super cool shootouts. Although Christian Bale would seem a good choice for the role , he doesn't have a lot of room to really do anything than shoot bad guys.

In this futuristic world , people have suffered horribly from the third World War. Now a controlling government force has taken over the majority of humanity and forces them to take a drug which suppresses their emotions. By doing this , their city is rid of murdering and crime. Christian Bale plays this super killer guy , who's been trained all of his life to shoot people - when he decides he doesn't want to take his medicine anymore , it turns into a good old slow-motion shooting frenzy.

The story isn't terribly written , I mean it kept my attention through the whole thing - but it's not something I would go back to. So many good opportunities to make it more interesting are wasted. Visually this matches up with the script , there's a lot of just normal shots and I think this movie really fails to capture the look of the futuristic city. Then again , you get these really awesome looking action scenes which are the highlight of the whole movie.

Fun enough to watch , but lacks any depth in it's story.