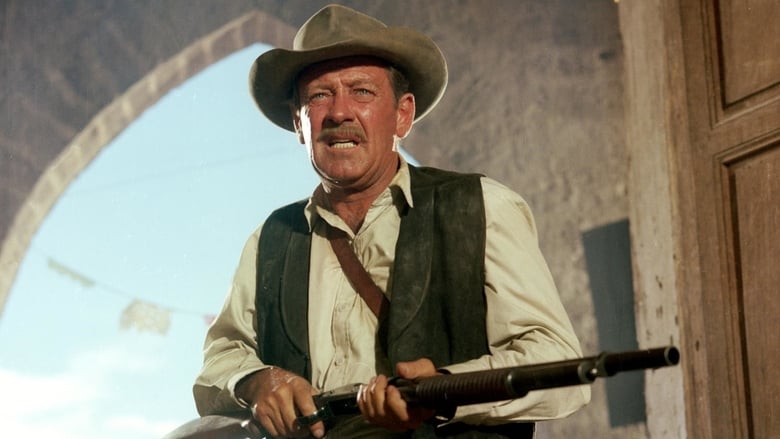 Nothing about westerns appeal to me , I just don't like the setting they usually take place in - the desert. The Wild Bunch , like many westerns is set there as well and fails to capture the desert's atmosphere. This is however the most entertaining western I've seen (excluding Blazing Saddles if that counts).

The film is about a group of bandits who are on the verge of retirement. It starts with them falling for a trap set up by one of their own - who has to catch them to remain free. The man hunting them down is pretty much absent from the story though - which is my first problem with the movie. They set out for one last job - robbing a train full of guns for a questionable Mexican general. However one of their own wants revenge on the general for murdering his father.

The story suffers from having a weak focus on it's plot - which keeps the film from being powerful ever. So many characters are introduced and you barely get to know any of them. There are also some horrible editing choices made with the use of flashbacks - one that really stands out at the end of the movie.

Visual wise , this movie is shot very well at moments and incredibly boring at other times. The main thing that stands out from the rest of the entire movie - are the shootout scenes. Though they are few in this movie , the shootouts are done very well (despite a few dumb editing techniques). The ending shootout was easily my favorite part of the movie and the reason The Wild Bunch is my favorite western.

Even with the awesome shootouts though , I still can't recommend this movie. It's lacking characters blend together and the story fails to be exciting because of it.