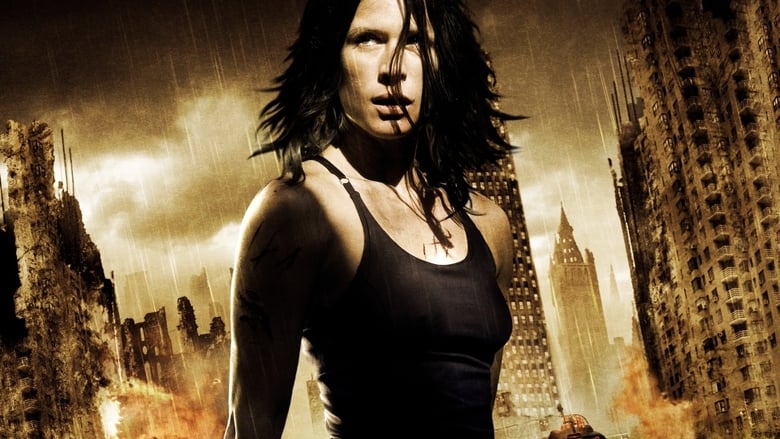 Now this is why I go to the movie house. Are you like me? Do you like violence? Do you like Cannibalism? Do you love the trend of the past 15 years or so of casting a rather sexy and fit woman as the action icon in a movie that if made 20 years ago it would have been either Arnie or Sly? Well, obviously I do. There really aren't too many action hero's anymore but there are a lot of women that are more than willing to give it a shot. I say God bless them.

Now then, this film (which was an absolute blast to watch) has a lot going for it. First off of course there is Ms. Rhona Mitra if you don't know who she is, Google her. Trust me she's worth it. The rest of the cast was also quite good as well. They pulled in a couple of slouches named Hoskins and McDowell for a couple of the smaller supporting roles and one of my newer favorites from a very good T.V. series called Hustle; Adrian Lester. And really that's a good example of how you're going to make a movie that's been done a thousand times not only watchable but entertaining to boot. You also need to have a decent Director which this does, Neil Marshall also brought us the rather entertaining movie The Descent. If you like Escape From New York, Highlander and The Road Warrior then I believe you're in for a treat.

Now obviously this is just an action movie, but I say its a good one. It has some great gore (including a BBQ and who doesn't love BBQ) and terrific action sequences and also a lot of throwback type characters that I grew to love during the 80's and 90's. Here's the general synopsis of the film if you don't know anything about it.

Doomsday takes place three decades after a lethal virus called the Reaper nearly wipes out Scotland and causes the rest of the world to wall off the country. When the Reaper virus begins to emerge in England 25 years later, an elite team and their leader (Rhona Mitra) are sent to the contaminated landscape of Scotland to find a cure. However, what they don't count on is that some people in Scotland were able to survive the Reaper, and have set up their own society in the ruins of Scotland, and are determined to kill anybody who dares set foot inside of their home.

There are no "Zombies" and this flick is nothing like 28 Days Later or any other Zombie type film. I only mention that because I've already seen several people around the web labeling this as a "Zombie" movie. It isn't. Anyway I hope you go check it out if you dare because I say its still Ok to like a good action flick. Especially one that features a song from The Fine Young Cannibals and here's to hoping that like me, you crack a big smile when the song starts up.