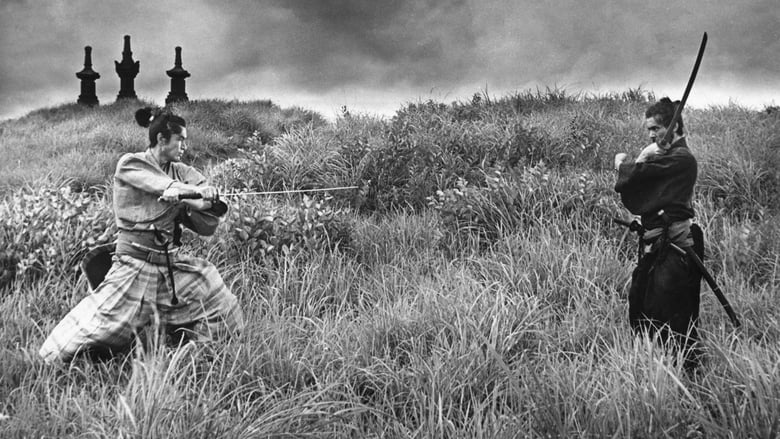 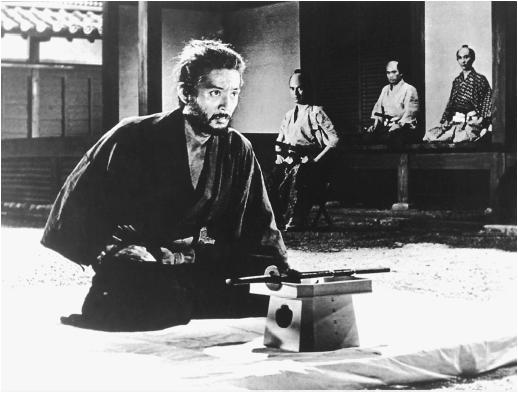 After the battle of Sekigahara which paved the way for the Tokugawa shogunate a lot of samurai were left masterless. These ronin were forced to scratch a living doing whatever they could to survive. This film is set in the early 1600s during that time.

A ronin, Hanshiro Tsugumo presents himself at the gates of the Iyi clan requesting that he uses their courtyard as an honourable place to commit ritual suicide. The clan leader acts wary - ronin have been using this excuse at other clan houses, then being given employment or money as a token of their nobility. Hanshiro is given permission but not before the clan leader tells him of the other ronin, Motome, that came to commit seppuku. They're unaware that Hanshiro knows, and he's out for retribution.

Set up on the seppuku platform in the courtyard surrounded by samurai witnesses, Hanshiro asks for a certain man to be his second. The man is sent for, and in the waiting period Hanshiro tells the tale that will end up with him exacting his revenge.

This is a film on a Shakespearian tragedy scale with a story that fits together beautifully. Kobayashi is famous for challenging authority so here the clan is faced with the shameful way they've treated Motome, and Hanshiro stands up for the dispossessed to the bitter end. In that courtyard it's almost like he's on a theatre stage, immobile, while the story plays out in flashback around him.

Tatsuya Nakadai burns with an onscreen fire in his eyes in a similar way to how he played Ryunosuke in Sword of Doom, only this time he handles himself with dignity rather than being an evil barstard. This film is so powerful, all the way through right to the end it's mesmerising, Go, see it!