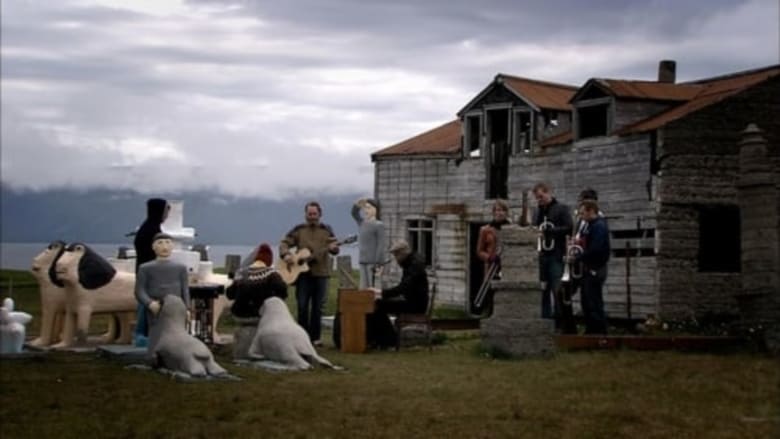 For those of you unfamiliar with their work, Sigur Rós are an Icelandic post rock band, consisting of 4 brilliant, multi talented and incredibly introverted artists. After having completed the world tour promoting their hugely successful 4th album, Takk, they returned to Iceland to perform a series of free and mostly unannounced concerts across the country, ranging from private venues where only friends and family attended, to big open air concerts in Reykjavík and Ásbyrgi.

Heima is a documentary about that extraordinary event and is a combination of live performances and beautiful Icelandic imagery. Incredibly enough it was directed by Lance DeBlois, writer and director of one of my all time favourite animated films, Lilo & Stitch. I couldn't imagine a more unusual project for him than Heima.

DeBlois has managed to seamlessly merge the incredibly beautiful music, fantastic images of this Nordic land of fire and ice and scenes from everyday life into a magical experience which is quite frankly, too beautiful to put in words. Also, as we follow the band through the various towns and villages, there is an wonderful sense of Iceland coming together as a community, with the old as well as the young enjoying their unique music, the tour soon becoming the central even of the summer.

This was bar none, the single greatest music DVD I've had the privilege of seeing. I was virtually on the brink of tears during it's entire length, and I'm not ashamed to admit it, I even managed to shed a tear during the finale of Se lest. Even if you're not a big fan, or haven't even heard of them, you have to experience Heima.