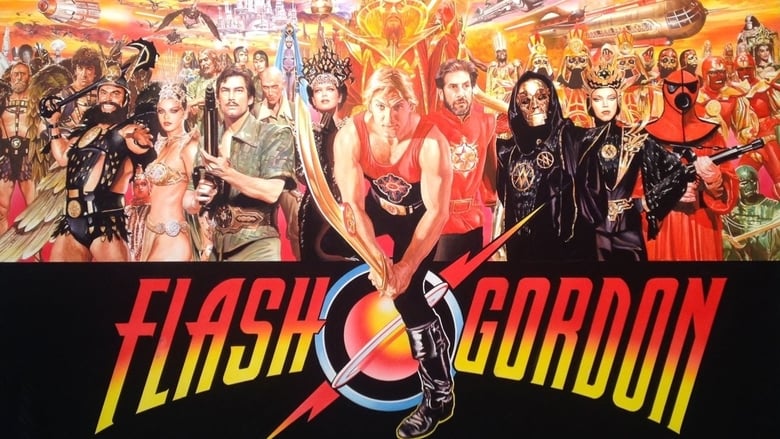 The movie that I refering to is the 1980's Flash Gordon that has become a cult classic and has the music of Queen in it, just to specify which one I am talking about.

This film is a huge cult classic film. There isn't tons about this film that makes it all that great, but is a fun cheesy comic book adaptation. Also, the music of Queen definitely improves the film.

It really shouldn't be good enough to refer to it as a popcorn flick, but it is one of those films that you can turn your brain off for, watch cheesy looking 80's effects and just enjoy.

I think that one of the things that has really helped this film stick around, including a DVD rerelease only a couple of weeks ago, is that it is a comic book that the baby boomers identify with really well. So that is where a lot of the original interest for this film woudl come from.

However, I know that in the college age generation there is still strong interest in this film as well. It pops up on college movie nights, probably for the reason of being a movie that you can turn your brain off for.

Along with baby boomers, this has to be recognized as one of the first modern comic book movies. Flash Gordon came out two years after the original Superman movie did. So I think that these movies need to be considered some of the early modern comic book movies, which is another reason that Flash Gordon is a movie that should stick around and deserves to stick around.

Overall in this film the acting isn't that great, the lines are extremely cheesy, and the story line is only above average, not amazing. But wide character variety, and the fact that the lines are fittingly cheesy make this a good movie.