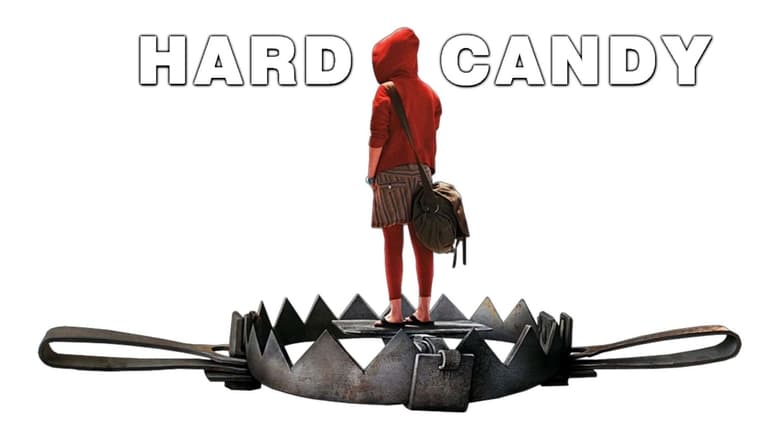 
Hard Candy follows the story of Jeff ( Patrick Wilson ) a 32 year old photographer who has been flirting on-line with Hayley ( Ellen Page ) a 14 year old girl.

The film starts off innocently enough, although it's hard to fathom why a 32 year old would be knowingly flirting with a 14 year old, but soon takes a very severe twist that makes for an uncomfortable but fascinating viewing.

A taught pyschological thriller, with great performances from the two leads, that asks as many questions as it answers.
The torture scene is all implied rather than shown in all it's gorry detail, but I have to confess to taking two attempts to finish the film, I haven't felt that squeamish in a long time, and because we aren't shown anything it reminded me of " Seven " and it's clever use of implication over gore.
The film's main strong point is the performance of it's two leads, it's a fascinating story that is well acted and well directed, it made me feel claustrophobic, uneasy and as mentioned squeamish, but I became totaly imersed in the story and it made me think long after it had finished.
Having watched all the extras on the DVD, it further confirmed my views that this is a fantastic piece of cinema, well worth checking out, although the subject matter of pedophilia will deter many from watching it.
The many twists and turns the film takes constantly makes you change your loyalties from one character to another, and although I was a little disapointed in the ending, overall, I can't remember a film recently that has effected me as much.

Not a film for everyone, a tricky subject matter is very well handled, and direction and performance are excellent.