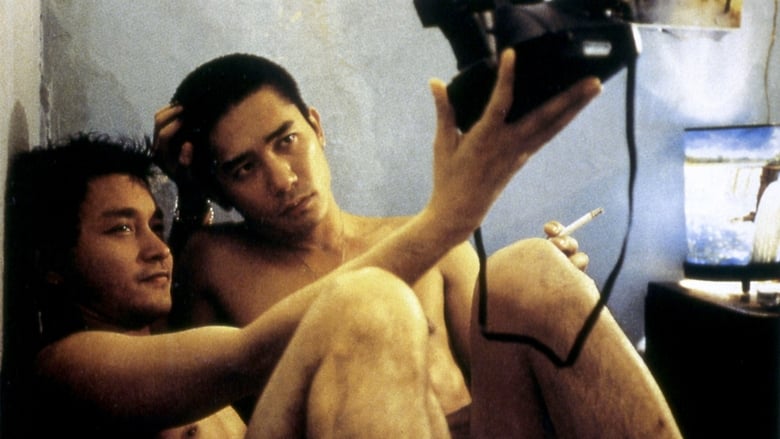 I believe this was my first experience with mr. Kar Wai, and a very impressive one it was. Filmed in 1997, it was apparently the movie that put Wong Kar Wai on the international film scene, and in great style. It's set in Argentina ( not exactly what you'd expect from an asian flick ), where two lovers ( Ho Po-wing and Lai Yiu-fai ) ended up, taking a break from Hong-kong. They were trying to find the Iguazu waterfalls, got lost and broke up, again. Seeing as how they spent all their money and couldn't go back, Lai Yiu-fai gets a job in a tango club, while Ho Po-wing indulges in promiscuous behaviour and his life spirales out of control with noone to save him except Lai Yiu-fai.

The film starts off in black and white, which was slightly worrying as it gives out an uber-artsy-fartsy vibe. But soon, you let go of all prejudices and get sucked into the lovers turbulent relationship. Then the film is suddenly infused with colour as the two lovers try to make up. I can now see why Christopher Doyle has such a great reputation, the photography is incredible, playful and experimental ( in a good way mind you ), the colours - amazing.

As if the plot of the film wasn't melancholic enough ( two chaps from Hong kong trapped at the other side of the world, in a strange foreign country, with no friends or family ), the soundtrack ( mostly south american music with a lot of contemporary rock, also something i haven't seen in asian films ) or rather the bits of harmonica add to the incredible feeling of lonelyness and desolation.

The story itself reminds me a lot of Fatih Akin's Gegen die Wand ( Head through the wall ), a tragic tale of two people in love, but oh so very wrong for each other ( making the film's title ironic ). It's energetic, at times violent, a tale of heart break and new beginings and you come out of it wishing your life was half as interesting, cinematic, even tragic as theirs. Wonderful flick, please see it....( if you haven't already ).
ģ More about Happy Together
ģ More reviews of Happy Together
ģ More reviews by adidasss