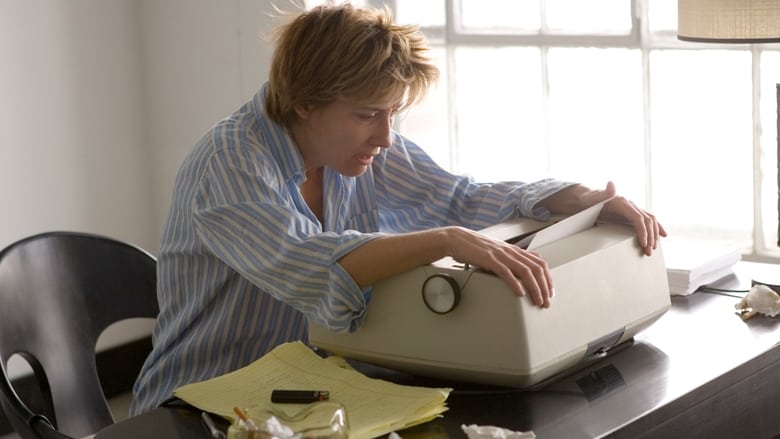 Going in I thought a narrative about a man who realizes he is the doomed character in a novel trying to contact the author and plead for his life was an attempt at Charlie Kaufman-lite. Kaufman, who has more or less invented a brand of movie storytelling unto himself with Being John Malkovich, Adaptation and Eternal Sunshine of the Spotless Mind, is not someone who's style I was looking forward to being replicated by others. His success made it almost inevitable, and this year it finally happened. First there was two-time collaborator Michel Gondry's The Science of Sleep, which I loved and thought had enough Gondry in it to be Kaufmanesque but still be Gondry's. And I was quite happy to find out Stranger than Fiction too has tread its own path.

Will Ferrell, in toned-down mode from his most popular fare like Elf, Anchorman and Talladega Nights, is Harold Crick. He's a diligent if uninspired auditor for the Internal Revenue Service in Chicago who goes about his days doing little else but work and thinking about work. But this morning he has awoken to find there is a woman's voice seemingly following him and narrating his every move. He goes to a shrink (Linda Hunt) who diagnoses the problem as schizophrenia and suggests medication. But Harold is pretty sure it isn't schizophrenia, it's something...else. Since he calls it his narrator, she advises seeking the guidance of somebody who knows literature and Crick meets Professor Jules Hilbert (Dustin Hoffman). At first Hilbert dismisses him as a nutball, but when Harold recites some of the lines he's heard from the third person omniscient voice, the Professor is intrigued by the quality of the work and the philosophical predicament, so he agrees to help.

Of course being a cinematic fantasy, Harold Crick is not schizophrenic. There is in fact an author in charge of his fate, a recluse named Kay Eiffel (Emma Thompson). She's being pestered by her publisher to finally deliver the novel, Death & Taxes, that she's been working on for a decade. She's basically got it all in her head, except for she doesn't know how to kill off her main character, and the assisstant sent to help her (Queen Latifah) doesn't understand the depth of thought and consideration she puts into her work. While Eiffel is plotting ways to do in Harold, he's very aware of his imminent demise as he's heard the narration. He's also falling in love with Ana Pascal (Maggie Gyllenhaal), a baker he's been auditing, making the quest to find out who this narrator is and to plead for his life all the more important.

Ferrell is perfectly cast as Crick. While the first act of the movie has all of the "comic" bits of him yelling to the heavens in desperation asking the voice to get out of his head, for the rest of the story he's very restrained and a three dimensional character. Crick, who starts out a bit of a dullard, becomes energized and lusting for life once he realizes he's about to die, and the blossoming love between Harold and Ana is charming, funny and romantic. This same basic story could have been told about a man dying of a terminal disease and deciding he needs to live life to the fullest while he can, but the intricacies of the Kaufmanesque device are not just some high concept gimmick. They add so many fun, interesting and poetic layers to this story about fate, writing, love, life, death and wrist watches. One of the rules for writing the great Kurt Vonnegut listed was to "Be a sadist. No matter how sweet and innocent your leading characters, make awful things happen to them—in order that the reader may see what they are made of." That is the task for Kay Eiffel, and she is facing a delimma if she becomes too attached to the character. As clever and fanciful as the film's central conceit is, ultimately the movie works because we, too, become attached to Harold Crick and his fate.

The entire cast is good, from Ferrell and Gyllenhaal to Thompson and Hoffman to the very small supporting roles from the likes of Tony Hale ("Arrested Development") and Tom Hulce. The script by Zach Helm is literate and smart while still being affecting and winning, all under the sure hand of director Marc Forster, who apparently hasn't yet met a tone or genre he doesn't like as his previous films were Monster's Ball (2001) and Finding Neverland (2004).