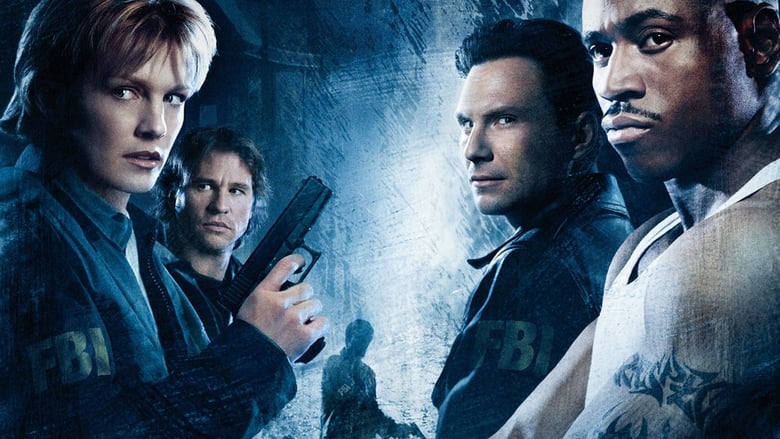 
For seven elite profilers, finding a serial killer is a process of elimination. Their own.......

If only someone had thought to have eliminated Renny Harlin, my sanity might not be so fragile! I saw the trailer for this ages ago, and I was wondering when it was getting a general release over here, so when I saw it had gone " straight to video " I was slightly worried.
I'm going out on a limb here, I like Val Kilmer! There I've said it, it's all out in the open. I know he has a reputation for being a bit of an arse, and he has made a few ropey movies, but I always check out his films. After watching Mindhunters, I can only assume Val owed the Weinstein brothers a huge favour!

This is a predictable by the numbers serial killer turns the roles on his pursuers film, the twists were sad and predictable, the cast mostly second rate, and was a tad heavy on the melodrama.
You've probably seen films like this before, all the cliches are here, the damaged hero who must overcome her biggest fear, everyone becomes a suspect to try and create a feeling of unease and tension, the superhuman return from the grave hero, the final twist and the predictable ending. I think Harlin thought by killing off a major character early on ( similar to Sam L Jackson in Deep Blue ) it would throw the audience and keep them on edge. Perhaps I've seen too many similar films that always have the same predictable story curve, but for me Mindhunters is one of the poorer efforts I've seen in years, similar to Saw, it's one of those movies you will either love or hate.
So is there anything here to reccomend? For me, two words; Patricia Velasquez, the yummy mummy from the Mummy!