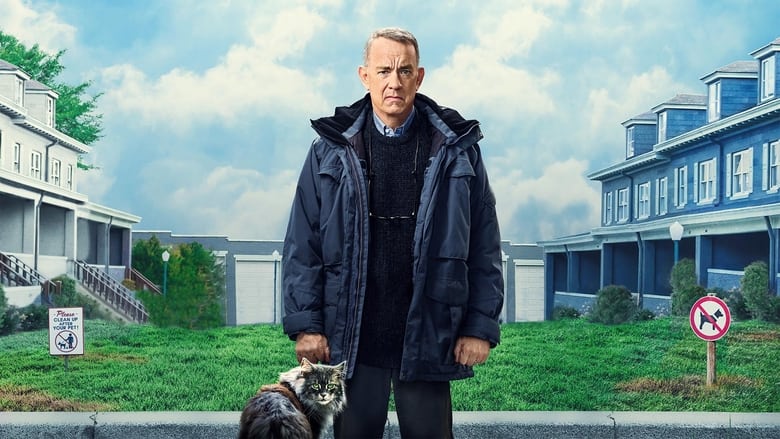 A Man Called Otto is adapted from the book A Man Called Ove, and the film of the same name. It tells the story of a grouchy widower who gradually thaws as his life becomes more intertwined with his neighbours'.

I watched A Man Called Ove with some trepidation, thinking it would be terribly cheesy. And it was, but somehow I found myself moved and reluctantly charmed by this grumpy old man and his quirky collection of neighbours.

The main problem with A Man Called Otto is that it's basically the same film. There are a few little tweaks here and there, some for the better, which tighten up the story, some for the worse. But it's essentially the same. I'm not against remakes altogether, especially new interpretations of an original source novel, or when there's a drastic change in setting but I struggled to see the need for this remake. It's not a bad film, it's not badly shot, if a little dull, just kind of pointless.

It didn't affect me the same way, although the end was a little moving. The screening I was in was quite full with older people and a lot of them were sniffling by the end, so maybe the effect was just dulled by having seen it all before.

Tom Hanks is ok as Otto, if maybe a little bit too obviously Mr Nice to really have much of an edge as a grumpy old man. Mariana Trevino is good as his new neighbour, Marisol. Truman Hanks, who plays Otto in flashbacks, is not as good, and this version does not give the impression that the previous film had that Otto is neurodivergent, which makes the story lose something, I think.

It's more sentimental, which makes the black humour of Otto's failed suicide attempts more tonally jarring. We don't need so many shots of Tom Hanks' hand on an empty bedspread, or the endless emotional music.

Ultimately it's a bit like American chocolate - more sugary and less tasty.