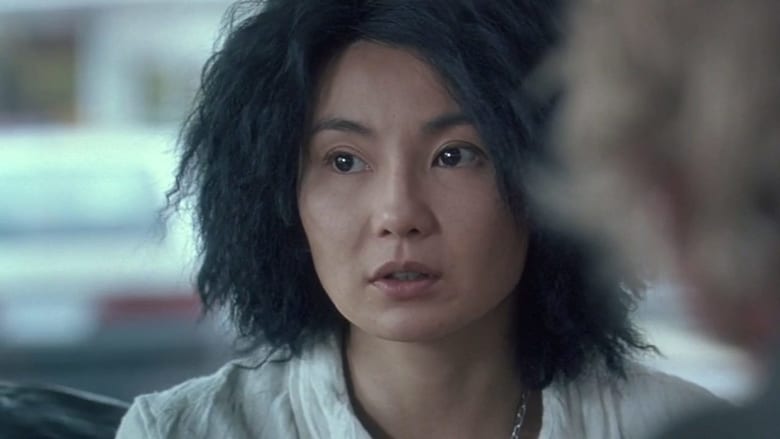 This is a pretty good drama about addiction recovery and the arduous process of starting over. Forced to do this is Emily (Maggie Cheung), a former VJ and heroin addict who is traveling with her musician partner in Canada when something tragic happens. What follows is a series of two steps forward, three steps back as she relapses, takes various low-paying jobs and reaches out to her few remaining connections in the music industry, some of whom want nothing to do with her. Besides getting back on her feet, Emily has another goal: take custody of her estranged son, who is living with her father-in-law (Nick Nolte).

The movie starts with beautifully shot yet grim footage of power plants and factories in Canada belching steam into the sky, and the impressive cinematography continues until the end, which is aided by having Paris, London and San Francisco as locations. The parallels between these industries' actual toxicity and the other kind of toxicity in the music industry is apt, especially the commentary about how it encourages drug use. That real musicians have cameos in the movie is a bonus; they include Tricky, James Johnston of Nick Cave & The Bad Seeds (who plays Emily's partner), David Roback of Mazzy Star and one of my favorite bands, Metric. The real star here, though, is Maggie Cheung, who gives a strong performance that lets her exhibit the gamut of emotions and that proves she wasn't afraid to get her hands dirty. While she was no longer romantically involved with director Olivier Assayas at the time, it wouldn't be wrong to assume that the role is a gift to her since it's the kind that wins awards, which she did at Cannes. Despite her very good work and the high quality of the production, the movie doesn't do much to distinguish itself from other recovery dramas, music-related or otherwise. I don't think it's bold to say that there are some scenes that wouldn't be out of place in similar Lifetime or Hallmark movies. With that said, if you're a fan of Assayas, Cheung, some of the artists who show up in it or interested in the early '00s music industry, its worth seeking out.
ģ More about Clean
ģ More reviews of Clean
ģ More reviews by Torgo